How do you feel about Chris Petersen now?

Just one second while I climb this soapbox. Hrrrnngggh. There. Made it.

Share All sharing options for: How do you feel about Chris Petersen now?

Chris Petersen, as you may have heard, is the devil.

Since taking over at the University of Washington, he has plundered recruit after recruit from Boise State and taken what was an epic BSU recruiting class and turned it into the sequel to Its a Mad, Mad, Mad, Mad World. Four recruits have flipped to the Huskies, and Petersen just won the K.J. Carta-Samuels sweepstakes against, you guessed it, Boise State.

I thought we were friends!

So did much of Bronco Nation, which has responded to Washington's recruiting news the same way one might respond to a Richard Sherman soundbite: horror and disgust, followed by taking great offense and misspelling things on Facebook. Petersen's behavior has been described as appalling, backstabbing, and disappointing, not to mention words I'd rather not mention. To summarize, we expected better from Petersen, and with every Twitter rumor and recruiting selfie, he lets us down anew.

Shock and insult is one way to interpret things. Here's another: Petersen's recruiting is entirely understandable.

I fall into this camp. We go by either Camp Benefit of the Doubt or Camp Naive; the final naming rights are TBD. From our perspective, there is nothing malicious about Petersen's behavior whatsoever. He is taking kids who had committed to playing football for Coach Pete. He is competing for the best athletes possible and is in the same go-for-broke situation the Broncos are in. Inevitably there will be crossover of interests and players, and from our perspective, there should be no hard feelings. (Camp Benefit of the Doubt is saving those feelings for when Petersen backs out of the UW game in Boise.) 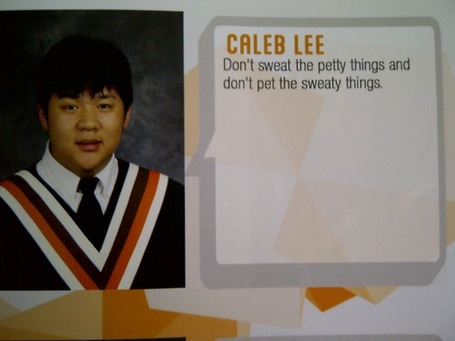 Does losing recruits bite the big one? Absolutely. But it's no reason to cancel the Chris Petersen statue.

Boise State and Washington are going to continue to coexist in many of the same recruiting areas and compete for many of the same athletes. That Boise State is capable of staying in these battles with Pac-12 schools is an incredible feat on its own and one that we fans should be grateful for. A certain someone had a hand in making it so.