It’s rare the Broncos find themselves with the worse record facing off against the Lobos, but last week’s 43-0 win over Maine has granted the team in the New Mexico the lead for now. Look for that to change regardless of the triple option packages being cooked up.

2. A Moment of Truth

No matter which QB you’re pulling for, you’re bound for some excitement. No more boring sit-back-and-watch-your-QB-throw-TDs, tomorrow you’ll get some football AND a lil reality TV sprinkled in. The Ploughfense is assuredly in the refiner’s fire.

The Broncos have won every matchup since 2015 (by an average of 4 touchdowns). Last year’s contest put 37 points to that total, but included multiple special teams TDs to keep a healthy lead. Look for some turnovers and a healthy dose of George Holani in this one.

It is my sincere hope you did not forget that even under the Robert Prince offense, Shane Williams-Rhodes (the last player to wear #11) managed to do this to the New Mexico defense in Albuquerque (with a lil music in the background to soften the ears). Legend says the ankles of that poor defender still grace University Stadium. 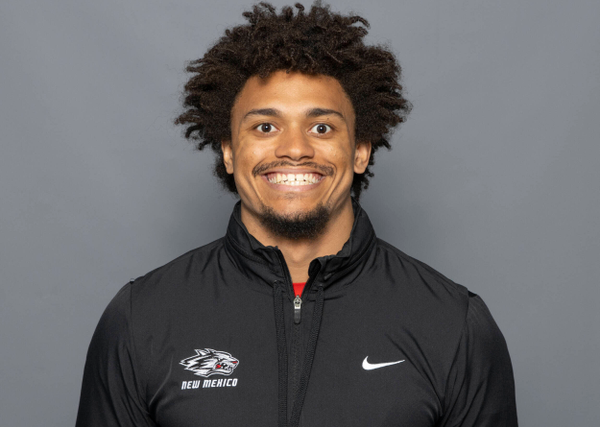 The transfer portal touched it’s magic wand in Albuquerque sending Miles Kendrick by ground shipping from Kansas. He put up 40 yards on 11 carries while completing 14/17 passes for 2 TDs and 2 INTs. He fits their triple option component well, which means you can expect at least one REALLY annoying first down run, but considering 2⁄3 of his incompletions were interceptions, we could be in for a few more features on the turnover skulls.

Now in his Sophmore campaign, Luke looks to expand on what the WR position can do in New Mexico. He put together 3 catches for 51 yards and TD in the air last week, but wasn’t satisfied and managed 6 carries for 43 yards and TD on the ground as well. Ya know what they say, “might as well”.

There’s no not including the RB for New Mexico in this kind of list. You will see him whether you like it or not. He appears to be the chair of the Lobo RB committee, finshing the game with 58 yards on 13 attempts and 2 TDs to his name. Not too shabby for his first playing time at the collegiate level.

Jerrick Reed is back for more as he opens the season leading the team again in stops with 7. It is hard to judge against foes from the Colonial Athletic Association, but he’ll probably be apart of the 1 billion blitz packages specially designed by Rocky Long.

RB Nathaniel Jones is listed as RB1 on the New Mexico depth chart I found, but did not see the field last week against Maine. This could be because the former UCLA commit entered his name in the transfer portal, although did not appear to find a home. So it’s a definite maybe.

I really really wish this is gonna be a blowout, but I’m not so sure. One of the most challenging defenses on the schedule plays against an offense trying to gain a 2022 identity. That being said, a stressful 1st half should be calm by the 4th quarter.