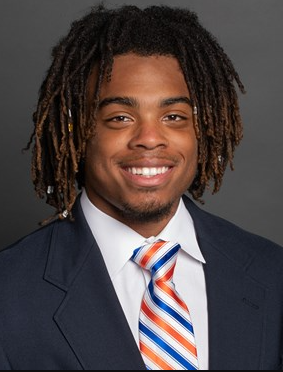 The Broncos sure do love messing with Texas (in the good way of course) to nab players. Mr. Washington proved his mettle as a three-star recruit per 247Sports, Rivals, and ESPN. He was rated the no. 78 recruit at his position nationally per ESPN and 85 per 247Sports. He fielded offers from Air Force, Army, and Georgia Tech (among others of course). Broncos won the sweepstakes and Zion is now a Bronco.

Not to be confused with Laurence Tureaud or Jared Zabransky 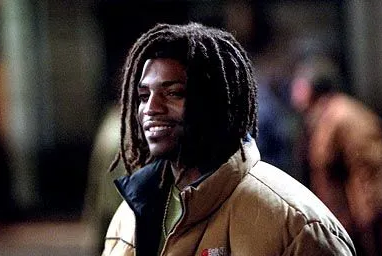 A young Mekhi Phifer. Like, from the 8 Mile days.

None so far at the college level. He appeared in two games in 2021, but didn’t record any stats (yet!). In high school, Zion had 43 tackles (31 solo) and four tackles for loss his senior season. He forced two fumbles, got one, and had a pick. He also carried the ball 28 times for 213 yards with two touchdowns. You can view the remainder of his prep exploits here.

I don’t want to jinx anything, but Boise State could have a pretty incredible secondary in 2022. In addition to returning four corners that started games last season, the Broncos moved Tyreque Jones to nickel so that both Skinner and Oladipo (of two-picks-as-a-backup-last-year-and-one-in-the-spring-scrimmage fame) could be on the field at the same time. But, behind them, there is also Teubner, Robinson, Bradford, and...Mr. Z (among others). Zion got to be on the field a bit last year and, even though it was under the rule that preserves a redshirt if it’s under 4 games, the coaching staff still felt as though he was valuable enough to invest a little game experience in him. That and his clear natural talent portend great things regarding his future at Boise State. This year, however, unless something catastrophic happens, he will probably be the beneficiary of some smaller doses of experience, without being thrust fully into the spotlight. That said, he could always become undeniable to the spotlight by being exceptional in limited segments of playing time. Tbd...

Yes. Officially too, it would appear.

Zion has made millions on eBay by selling pictures of a certain basketball player signed, quite honestly, with his own name: “Zion W.”

...it’s not his fault people don’t read the fine print.