Jalen Richmond’s departure means Mr. Rick Moore does get to make the countdown after all. It’s rare to get a lineman this late in the numbers, but no complaints here. I present #76, Rick Moore.

Mr. Moore was a late addition to the squad as he made his commitment and signed months after signing day in June. Many were holding their breath as they waited for him to enroll in school, but thankfully he made the right choice. Another ginormous o-lineman? Check.

It’s never a bad thing to have Moore woven into your DNA. 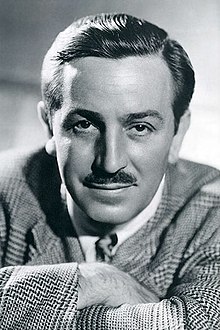 Hear me out. Combover. Mustache. Walt Disney. It sure looks like (contrary to the fact-checkers at the USA Today) that Disneyland did heat up the microwaves to bring back ‘ol Walt.

Member of Los Gatos’ CIF Central Coast championship team in 2019, competed in both football and basketball in HS.

Well the short answer here is that he’s on the o-line, so maybe. Realistically he probably needs some time to work up the depth chart, (unless there are injuries) but his size will find a way to get him on the field.

He is, but going on Twitter caught me in the rabbit hole that was the Leon Edwards fight last night. So just be careful if you plan on a short stay on the bird app.

Like most Bronco athletes, Rick made the decision to join the team based on the PTP (potato-to-people) ratio, which was the most favorable of all his offers.