Can you believe that are we just a shade outside of a month from kickoff? It’s so wild how fast these days go by. With 32 days until kickoff we have—Safety Bryce Cleave 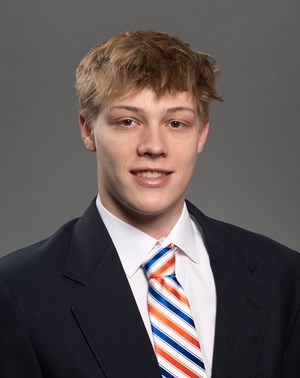 Mr. Cleave had some interest in other schools and looking at his 247Sports profile, his only offer was Carroll College. Not a whole lot after that I am afraid.

While in high school he played both wide receiver and safety and played football and baseball.

I know it’s probably a ‘me’ thing, but doesn’t he look a ton like a shaggy-haired Matt Miller?

As a Bronco, none yet. But maybe this is his year?

If we are being honest, the best chance of Mr. Cleave seeing the field is either on special teams, garbage time, or if the defense is in a bad way as far as depth. All three are quite plausible but only two are “palatable’. I always root for these guys to get their shot and become a Broncos fan-favorite. But that isn’t always the case. As it stands, good luck to Mr. Cleave and maybe something remarkable does happen?

Been dreaming about this since a kid! An unreal experience, can’t wait for the season! @BroncoSportsFB pic.twitter.com/rXVUsuNC3n

He was once an extra on the show ‘Grey’s Anatomy’. You may remember the episode: it was the one where the doctor’s were doing some stuff in the hospital and someone cried. It was a pretty important scene.