It’s Friday! And you know what that means? Yep, another Countdown profile! With 92 days left until that magical time of the year we have—Michael Callahan 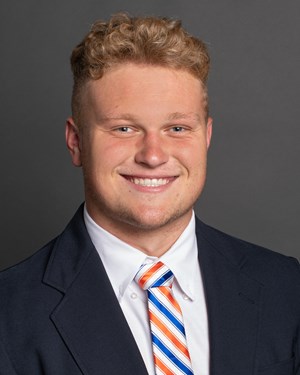 This is the fourth year Mr. Callahn is getting a profile on the Countdown. Which, if you’ve been following the Countdown at all the past few years you know that he was a three-year letter-winner and his senior year had him notch 11 TFLs, two sacks and seven QB hurries. He was productive!

I don’t need to explain myself.

Last year I went with Blake Shelton. I’m all over the place.

He was a Academic All-Mountain West in 2020 and Mountain West Scholar Athlete that year too. As a RS Freshman in 2020 he appeared in all seven games.

The defensive line is going to be busy this year, and that’s a good thing. Mr. Callahan should be seeing some heavy reps this year even if his past stats don’t show a whole lot. It’s a non-glamorous position, down in the trenches. But altogether greatly important. His lack of stats just probably means that the linebackers behind him are raking in ALL THE TACKLES. And that’s just fine. But I do expect to see him getting plenty of time this year.

His favorite book series is Warriors. On the outside they appear to be books geared toward a younger demographic, and that’s true. But Mr. Callahan appreciates that they deal with adult themes such as loss, loneliness, loyalty, friendship, betrayal, and courage. We could all learn something from the Warriors series.