Is this countdown going fast? It feels like it’s going fast. We are already at day 66, which means we are going to cover #66 on the roster today—OT Ben Dooley 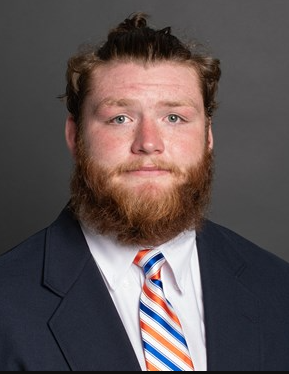 Ben Dooley was an August 2018 commit for the Broncos as a three-star recruit and the #11 overall prospect out of the state of Nevada. After signing his NLI, Dooley enrolled at Boise State in July 2019, and then redshirted his freshman year. In addition to the Broncos, Dooley held offers from Cal, Nevada, SDSU, and UNLV.

When Boise State was backed into a corner on the defensive line in 2020—very nearly unable to field a full roster due to COVID absences—Ben stepped up and did ALOT to help out by shifting to defensive tackle vs Colorado State....unlike the other Eddie Murphy/Robert Downey Jr-esque doctors of “Do____” fame. He also was a backup at left tackle that year and a backup at right guard in 2021. Versatility has become the man’s calling card. He does A LOT. Who knows? Maybe he can kick extra points too! 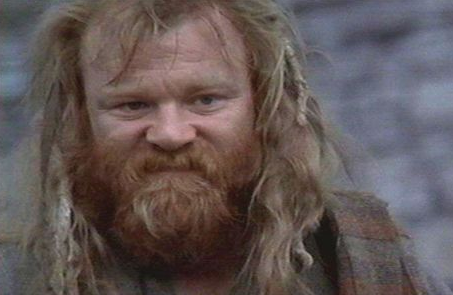 Brendan Gleeson, but very specifically in his role as “Hamish” from the greatest movie of all time.

None really to speak of yet, but you can enjoy his high school HUDL highlights below:

As previously referenced, Mr. Dooley has worn a lot of hats at Boise State. From emergency defensive tackle to backup guard and tackle on the o-line. So, while his body type seems to say “offensive tackle”, he has kind of a lot of versatility at this point. I’ll be honest and say I have no idea this early in the offseason what his playing time will look like for 2022 or where it will be. I will just say that him being on the field is “likely” and that it will be on the offensive line. That d-line stint was truly an emergency measure, although he performed admirably! For what it’s worth, both Athlon (2nd Team) and Phil Steele (1st Team) have him listed All-Mountain West as an offensive lineman in 2022.

Kind of. It’s mostly comprised of retweets and the most recent was 2019. But it does display pre-beard Ben, so it could be a fun trip down memory lane!

Ben’s versatility doesn’t end at playing on both sides of the trenches. When not playing football, he holds a state record for “Most time keeping a hula hoop up”...in three states.