Just like that, we are a quarter way through the Countdown. I’m going to be honest: from the writing perspective, these go by quicker than you think. Because you knock out however many you need to to “get ahead”, blink, and then you’ve got another several to do. Trippy. With 75 days left until kick off we are going to stick with the oline with today’s entry—OL Will Farrar 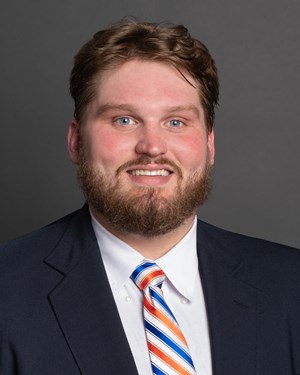 After spending four years at Texas Tech, Mr. Farrar decided to change the primary color he normally wears from red to blue. I think it looks good! With all the COVID stuff he came to the Broncos with two years left so this should be his final year at the collegiate level.

That’s the benefit of having a previous to reference. This was (and is!) a good nickname. 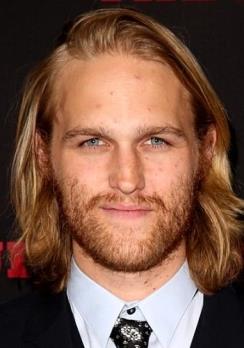 He has the same face (with a little more facial hair than last profile pic) and still looks like Wyatt Russell.

Played in 21 games at Texas Tech. Lear year he appeared in eight games, starting five. His experience (and will be) needed.

This year’s success (and Hank Bachmeier’s health) is really going to rely on the front five (six if you want to count a blocking TE). Mr. Farrar is going to play a pivotal role in all of that considering his experience and the fact he saw the field so much last year. He played in three different spots (both guard spots and center) so his flexibility and intelligence will have to continue to be utilized. Really looking forward to him getting a whole lot more playing time.

He does. However he has decided to make his tweets private. Which makes sense. If you were so inclined to follow him, here you go: @farrar3790.

His family is part of the Ferrari household. But when Will’s great grandfather built a car that was superior to the already established line the family was forced to move. Maybe one day we will get to see the cool car!