80 days until kickoff in Corvallis! There haven’t been a lot of high-profile players since Kyle Efaw to wear this number, so here’s to hoping we’re profiling a future star with today’s feature of #80—Eric McAlister 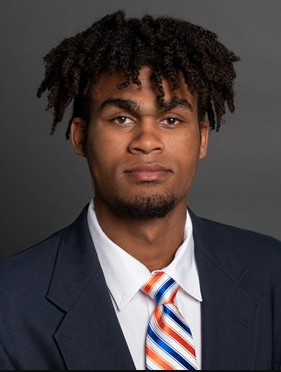 The lanky WR was a priority signing by the Broncos and you can thank now-departed (to Auburn not the afterlife) Eric Kiesau for him landing on The Blue™. A consensus “high 3-star” recruit, McAlister was also rated as a top-100 recruit at his position nationally by 247Sports and one of the top 100 recruits in TX regardless of position by the same outlet. As a senior at Azle, McAlister hauled in 70 receptions for nearly 1,500 yards and 20(!) TDs. As a junior, his stats were just as impressive, with 62 grabs for 1,449 yards and 23 TDs en route to a district title. For his efforts, he was voted first-team all-district and Class 5A AP first-team all-state. Also a track and field athlete, McAlister ran a PR of 22.71 in the 200 in the spring of 2021. The Broncos fended off offers from the service academies, Lamar, Nebraska, San Diego State, Texas State, Utah, Virginia Tech, Wisconsin, and Wyoming.

Normally for the new guys we’ll post their Hudl highlights so you can get a look at them, and I’ll do that below, but it’s also valuable to see what TX evaluator Gabe Brooks said about McAlister’s game:

Big-framed outside receiver with terrific height and frame potential. Long and lean with a big catch radius. High-points well and should continue to hone red-zone acumen. Bursts off the line, especially for a big receiver. Gets on top of DB's quickly to force them to chase in the vertical game. Good ball-tracking skills and awareness. Great production with huge yards per catch average as a junior. Will need to fill out frame to maximize strength. Not often pressed and will need more bulk to combat that in college. Can show more laterally fluidity to enhance route crispness. Power Five-caliber receiver prospect who could become a reliable multi-year starter in college.

Although, judging from the highlights above, an equal argument could be made for both “Breakaway” and “Circle Button” as he demonstrates both impressive long speed and a wicked spin move. 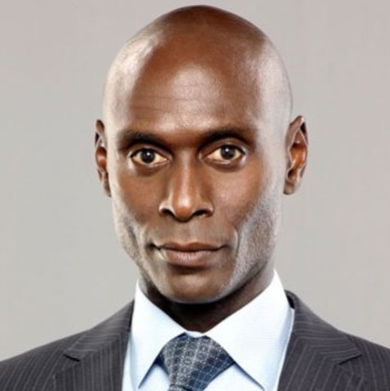 Beloved star of both The Wire and the John Wick movies, Lance Reddick.

McAlister was able to benefit from a year of seasoning and acclimating to college life in a more-normal-than-2020 season last year. Now that he’s been able to do that, he will enter competition in a wide receiver room that already features some impressive talent from presumed star, Stefan Cobbs, to the recently-switched-from-TE wunderkind, Austin Bolt. That position group has a lot of talent. The thing is...so does Eric. He will certainly keep some of the other veterans on their toes by competing with them directly, but his skillset is so refined and his size so unique that it also wouldn’t shock me if he had some kind of role, regardless. While I project that he won’t have as many targets this year as he would need to really break out, in a year or two I could easily see him being WR1 on this team.

He is and he has an excellent embedded Tweet.

Eric McAlister was such a transcendent talent in his hometown that the local McDonald’s gave him the VIP treatment and named a burger after him. It’s called “The McA-lister”