Today marks the same number of days until kickoff as the jersey number of Idaho State’s current defensive tackles coach from his playing days: 94. Today, we’ll be highlighting the present-day wearer of that jersey—Senior DT, Jackson Cravens 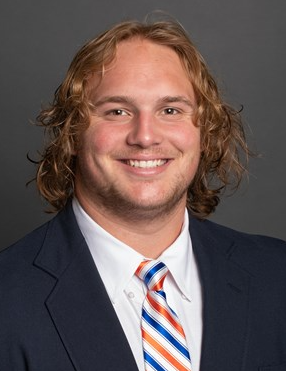 Cravens transferred to Boise State from the University of Utah in 2019 after redshirting for the Utes in 2018. The nephew of Utah coach Kyle Whittingham, Cravens was on Boise State’s radar in high school, getting an offer from the Broncos after his junior year at Timpview. Cravens’s high school career ended by unfortunately missing his senior season due to injury. Prior to that, however, he was first team all-state in his junior year as well as the 2016 Region 7 Defensive MVP.

You can check out highlights of his high school career here.

Wes Craven was a horror cinema pioneer, particularly of the “slasher” genre. Arguably, his most famous movie was A Nightmare On Elm Street, featuring Freddie Krueger as the antagonist. So, with Jackson’s name being CravenS, that seems to indicate possessive tense, as though he’s also a product of Wes Craven’s imagination. So here’s to hoping that, in reality, Jackson “Krueger” Cravens can be a nightmare on any street for opposing defenses in 2022. 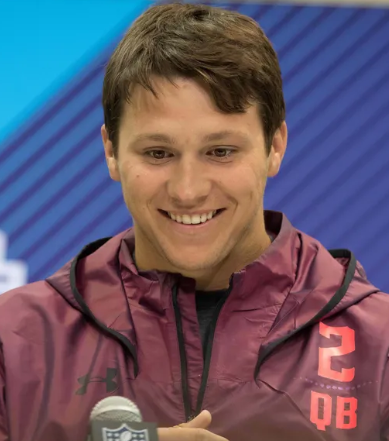 Yeah, him and Buffalo Bills quarterback, Josh Allen, could at least be cousins...

He played in one game and had one tackle in it for the Utes before transferring to Boise. After sitting out one year for transfer rules, he had 5 appearances for Boise State as a sophomore and had 10 tackles (three solo) and one sack. During 2021, when Jackson was a junior, he started some games at DT for Boise State and had 39 tackles (17 solo), 3.5 TFLs, one pass defensed, and two sacks.

Cravens is definitely a favorite to start alongside Scott Matlock on the Boise State defensive interior. The Broncos have a lot of talent coming back, with Divine Obichere and Herbert Gums, and defensive tackles tend to rotate a lot, but it would be surprising if Cravens didn’t play the second-most snaps at DT.

Indeed. @jacksoncravens5. Primarily just retweets, but he is on there.

Jackson has a plan for a ghost kitchen in his post-football career called “Jackson’s Cravins” that features delivery-only food to satisfy the cravings of...well, anyone that craves stuff. Pregnant women, imbibers of a certain herb, and, uh, probably me when I’m inexplicably craving key lime pie at 3 am.*

*Not a made up fact. I have literally gone on a quest at 3 am for pie on more than one occasion, with zero illicit substances in my body. I just like pie, man!