The Countdown chugs along. What’s funny is this thing rolls faster than you think it does. Before you know it we will be in the 70s! At any rate, we have 95 days till first kickoff and today we have—Divine Obichere 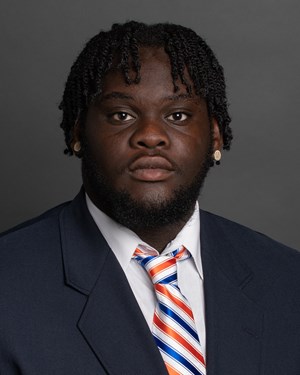 By way of the JUCO route, Mr. Obichere started out at Long Beach City College (with fellow Bronco Shane Irwin) and then made the jump to the Broncos. Michael eluded to it last year but the coaches probably got a two-fer on this recruiting trip.

When you already have a really cool name sometimes your nickname just has to be simple. 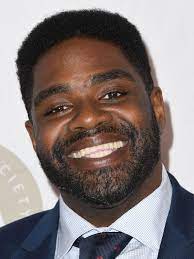 I’m not going to do any better than what’s already been done. So here we are.

While in a Boise State uniform he had 18 total tackles and two sacks his junior year and 16 tackles and a sack last year.

Hopefully we get to see more this year.

I mentioned in Scott Matlock’s write up that the defense is going to have some work to do. And this is no different. There is a good chance that the defensive line is going to be a strength for the Broncos and Mr. Obichere will—hopefully—be a huge (literally and figuratively) part of that.

The defensive line has some girth to it with the lightest guy being 280 and everyone overing between the 6’ 2” to 6’ 4” range. Scott Matlock and Jackson Cravens will probably see the starting spots with heavy rotation from everyone else.

Can’t wait to party on the blue for one last season! #BleedBlue pic.twitter.com/z6NEC6q3N5

Mr. Obichere is quite the stamp collector. If you ask politely he’ll show you a fairly rare US #23 Franklin (circa 1857) or a #28 Jefferson (circa 1857), among others. He’s been on the lookout for the elusive ‘Blue & Red Penny Mauritaius circa 1847 for some time. But, with a price tag of $2 million, he’s just going to have to wait till his NFL career blooms.