It has begun. The modest little kickoff countdown that I dreamt up all the back in 2009 is still going strong all these years later. Thankfully, I picked up some help along the way so I’m not completely gray by kickoff (my beard is a different story), so for the next 100 days we’ll be highlighting a single player (per day, obvs) on the Boise State roster. Usually, that player’s jersey number will align with the number of days remaining until kickoff—since, the numbers still only go to 99 (a grave injustice)...this is not one of those days. Today’s honoree, and the player deemed special/girthy enough to don the hypothetical three digit jersey is Kekanioka Holomalia-Gonzalez...who wears #55 on the actual roster, but DE Shane Irwin also wears that number, so someone has to slide. Might as well be the big man. The countdown begins...NOW. Holomalia-Gonzalez was sort of an odd case as he was rated as the #2 center in the entire state of California, played for a nationally ranked prep squad who won a CIF state title and yet wasn’t initially very highly rated among the scouting services. By the time signing day rolled around he was a respectable 3-star on 247sports, but we’re glad the Broncos found him before more schools did. At the time of his commitment to the class of 2018, he held offers from Air Force, Army, Delaware State, Hawaii, UNM, San José State, and UNLV.

His name has a lot of letters, sometimes leading to fatigue and eye strain...this makes his name compact, kinda like the man himself.

Bartolo Colon...ironically, BEFORE he was built like an O-lineman. 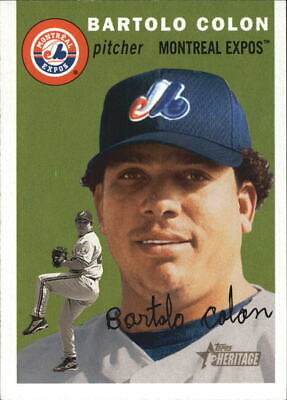 Named to Polynesian College Football Player of the Year Award Watch List prior to 2021 campaign. Started all six games in which he appeared in 2020 (out of 7 total). Made two starts as a RS frosh in 2019. Member of the No. 1-ranked nationally Mater Dei football team that completed a perfect season in 2017 and won the CIF State title. All-Trinity League First Teamer in 2017. Competed in 2018 Polynesian Bowl.

I hadn’t noticed KHG that much until he was gone. It was your classic “Poochie” scenario...when he wasn’t on the field people were asking “where’s KHG?” and where he was was injured and where our O-line play was was “not good”. Of course, this has been the norm for our O-line since Brad Bedell took over the unit and promptly drove them over a cliff like Toonces the Driving Cat. The run game and Hank Bachmeier’s ribcage have not been beneficiaries of the “new look” O-line for a few years, but that’s not to say there haven’t been some standouts in the unit. Guys like Ezra Cleveland, John Ojukwu, Jake Stetz, etc have managed to shine through even when the unit has looked rough and KHG’s absence last year seemed conspicuous enough that I’m starting to think we’re rather better off with him in the starting lineup. Hope springs eternal in Boise, Idaho and I feel sooner or later our O-line is going to get back to playing bully ball, but in the interim we need proven guys in the trenches and KHG is one who should be ready and able to contribute in ‘22. It’s Tim Keane’s problem now and his mulligan year is over. Get the best guys in the mix and let’s roll.

He is, and he’s hungry for a return.

I will be back better than ever.
Proverbs 3:5-6 https://t.co/xrJSZqNXPN

*Well, I think it’s made up anyway...Kekaniokoa, if there is a shred of truth to this, you gotta let us know.