25 days remain until kickoff in Orlando, so how’s about we check out #25 on the Boise State football roster—Taequan Tyler With the #64 class, the Broncos seemingly grabbed everyone they needed in the 2020 class. That is, except for a running back. Enter Mr. Tyler. He received offers from FIU, Florida Atlantic and Western Illinois, but an April offer from the Broncos resulted in a May commitment and signing by Tyler. 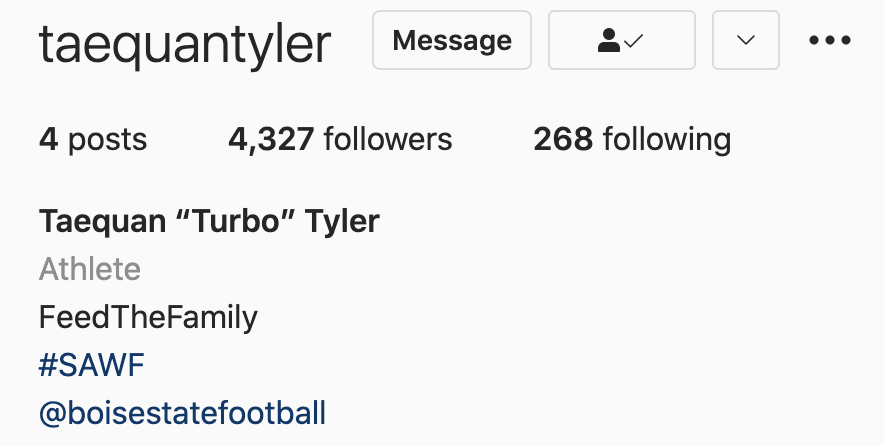 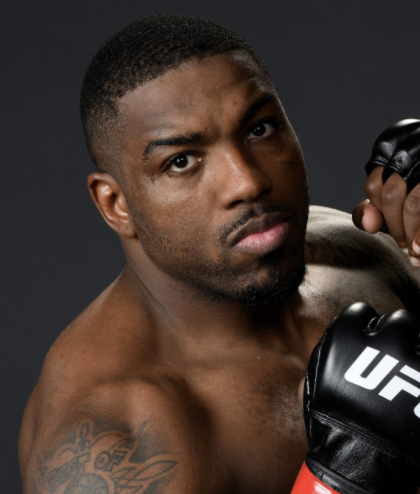 While at Tyler JC, Taequan rushed 54 times for 313 yards and 4 touchdowns as a true freshman. While at La Vega, he helped lead his team to the Texas Class 4A Division I State Championship as a senior wide receiver.

Tyler should add some much-needed depth to the RB room this year—again—a season after an injury made his availability nil. Of course, at the time this was on the heels of Robert Mahone’s departure from the program and before we knew that George Holani would be sidelined with a knee injury for the bulk of the season, so we didn’t know just how impactful his injury would end up being. This season, with Holani back at 100%, Tyler seemingly in a similar state, and Oregon transfer Cyrus Habibi-Likio in the building...one has to be more bullish on the run game outlook for 2021.

Andrew Van Buren became RB1 after Holani went down in 2020, but never found a solid rhythm as the year wore on and the Broncos finished the season ranked dead last in the MWC in rushing...something that had legitimately never happened before. So, perhaps due to that dubious statline (which, to be fair should be shared amongst stable, O-line, and Eric Kiesau’s offense), most don’t seem to be placing AVB on the two-deep at present. If I had to handicap things at the moment, I’d say Holani is probably a lock to get the lion’s share of the carries, with Habibi-Likio getting plenty of short-yardage carries. After that duo, Tyler will probably be battling AVB for the rest of the carries, but if the Broncos can legitimately go three or four deep at RB this year, it should help the offense immensely. Tim Plough’s offense should be quicker, and a tad more complicated, so being able to have versatility (Tyler a former wideout) and depth among the backs should be huge for the Broncos.

In a Pee Wee football game when he was 7, Tyler scored 10 touchdowns and rushed for over 600 yards. To this day, the incident is referred to as “The Wrath of ‘Quan”