Oh geez, we’re under a week now. How’d that happen?! Hey, we’ll take it. With 6 days(!) until kickoff, I give you #6 on the Boise State roster—CT Thomas We’ve built a pretty solid relationship with the state of Texas and Thomas is a product of that. A 3-star recruit and ranked the 5th best receiver in the Dallas area by the Dallas Morning News, CT (previously known as “Cartrell”) had a bevy of offers, including Utah, Illinois, Texas Tech and Colorado to name a few. He passed on all of them to bleed blue.

I mean, he actually kinda already goes by his nickname if you think about it (see: Completely NOT made up fact) 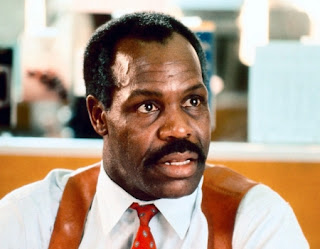 Murtaugh. Senior CT looking like he’s had enough of this @#$%

Khalil Shakir gets a bit more pub, but Thomas has been a rock on the Boise State offense since his true freshman year. A true “chain-mover”—it seems like whenever the Broncos find themselves behind the sticks, they can count on CT to get them out of their jam and this is why I think he’s still actually one of the more underrated stars on the Bronco roster. CT’s yardage dipped a bit last season, but there were extenuating circumstances, obviously...and based on his average per catch jumping all the way to 17.4 yards and his per-game yardage average jumping to 49.6, it’s fair to say that his 2020 might have been rather special had the Broncos not been caught in a vicious Covid cycle. So, with that said...I think CT’s special season was just a tad delayed as his super senior year sees him put it all together for an all-conference type of season. CT didn’t have to return for a 5th season, but the way the Broncos’ 2020 played out didn’t sit right with him (or others), so he’s returning for another shot at glory. I think that hunger helps the Broncos produce another title run in ‘21 and sends Thomas off to the next chapter in his life on a high note.

I feel like Joe Frazier at the weigh in ‼️ pic.twitter.com/Pw55eH2GJp

Yes, but Joe Frazier didn’t have these kind of hops.

“CT” actually is not an abbreviation of his first and middle name, as is often the case (and it also doesn’t signal an affinity for the Connecticut post marks). It actually stands for “Cold Titan” a nickname given to him during youth football. That’s cold.