Less than two weeks. This is really happening! 12 days away, so it is time to highlight local product...uh #12? Yeah, about that...Kaonohi Kaniho and Andy Peters are double-booked at 14, so Andy gets a retired number for the day. Like a lot of local kids, Andy didn’t have to go far. With his alma mater being Timberline, he’s practically a stones throw away from Bronco Stadium. He passed on an offer from Idaho State as well as interest from San Jose State, EWU, Yale and San Diego. Instead of entertaining those schools, he walked on to Boise State.

Super corny, for sure, but if you read up on the kid, it fits. 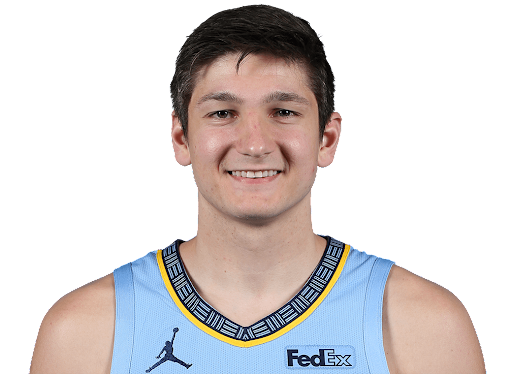 In a less than ideal season this walk-on freshman actually played in a game. Against BYU Hank was unavailable for the game, Jack Sears started, but after a vicious and uncalled target from a BYU defender, Sears was out with a concussion. Then comes in Cade Finnegan. The offense had a hard time moving the ball, so in the 3rd quarter Peters was called upon to give a spark to the offense. He went 4 for 8 for 26 yards.

In a fall camp with a particular focus on the quarterback position, that competition is really going to be focused on Hank and Jack.

Andy is sure to help run the scout team, and compete for the third string quarterback position with Freshman Taylen Green. My guess is Andy will be considered the fourth guy this season. Out of the 4 QB’s Andy is the only one not on scholarship. Curious if he might be able to snag one of those schollies before the season starts.

Based on his bio, I can only assume he likes eating pretzels in bed? 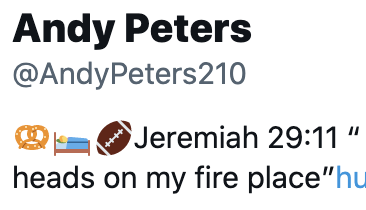 When he was 5, Andy would help his dad sell parking tickets for $10 so fans could park at the Broadway Albertson’s on game days. They would use the money they made to get into the games themselves.