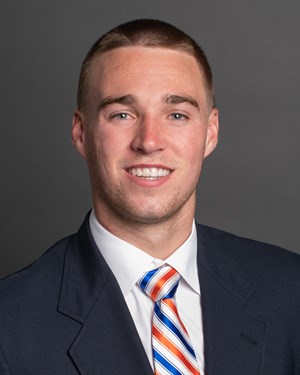 Mr. Griffin went to the same high school as RB Andrew Van Buren and came along with Mr. Van Buren as a walk on. It definitely takes some sort of fortitude to try and walk on with a roster this particularly deep in the WR spot but give Griffin credit, he’s trying! 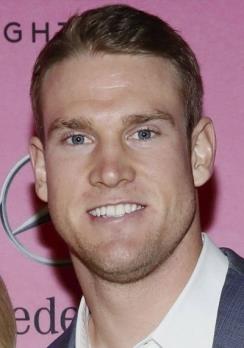 He’s done some good on the academic side (the most important side, right?) with two Academic All-Mountain West honors and two Mountain West Scholar-Athlete nods. In 2020 he appeared in five games with one start. He had two catches against Colorado State for 12 yards.

To put it bluntly: special teams, probably. The wide receiving corp is, shall we say, stacked. There are guys who could probably start on any number of lower-tier G5 teams, let alone other Mountain West teams. Griffin has to go through all that just to see some time. And, being honest, ever rooting for the underdog, I hope he gets his time to shine. Until then? Yeah, special teams.

Ooooh buddy, yes he is!

Griffin is a skilled yodeler who enjoys the activity year around and will often practice during down times. He will oftentimes past the time with Basenjis that come yodel with him.