The countdown is in its death throes and we couldn’t be happier. With just 16 days left until kickoff, it’s time to look at #16 on the Boise State roster—Jack Sears His commitment and subsequent signing with Boise State was a bit of a surprise for everyone. Mr. Sears entered the transfer portal from USC and committed to San Diego State before deciding that route wasn’t for him and that Boise State was (he was right about that).

Being a former four-star QB out of high school adds quite a bit of star-power to the QB room for the Broncos. 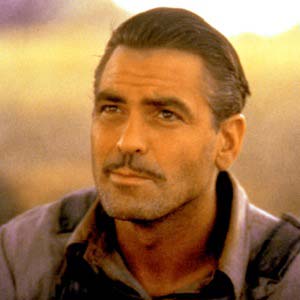 Fall 2020 Academic All-Mountain West. Mountain West Scholar-Athlete for ‘20-’21. PFF Preseason All-MWC Honorable Mention. Made two starts for the Broncos in 2020...first was a scorcher over Air Force, the second was a sadly short night against BYU (concussed). While at USC he made it in one game when JT Daniels and Matt Fink were out with injury. Sears went 20/28 passing for 235 yards and two TDs against Arizona State. Not too shabby.

Sears 100% has the chops to be the Boise State starter. In his first start last season, he went scorched earth on Air Force (good thing they have all those planes) and played about as well as one CAN play at QB. That day he completed 17 of 20 passes for 280 yards and 3 TDs while also rushing for an additional 36 yards and another score on the ground. Yes, Sears has the arm talent, the pocket presence, and the football IQ to pilot the Broncos to a lot of wins, yet most think his chances of being names starter at this point are slim. Why? Well, Hank Bachmeier is one reason, but nagging injuries might be the biggest reason that right now many have penciled the milkshake connoisseur in at QB1.

Look, Hank is a proven winner and while his stats aren’t always exactly where one would hope they’d be, he’s guided the Broncos to just two career losses during his time under center...but he also has had a habit of not staying healthy and that’s why Sears is so vital to the Broncos’ success even if he’s not named starter for the UCF kickoff.

If I had to guess, Hank probably had a little edge in fall camp anyway just based on his number of career starts and his leadership abilities in the huddle...but make no mistake, Hank needed to make some strides in spring and fall camp to retain that spot in the lineup...wins are great, but smart decisions are better—and Hank’s tendency to hang on to the ball for 3.5 minutes wasn’t always in that MENSA category. From the coaches’ mouths, both have had a good camp and frankly, I’d be completely comfortable with either under center, but “two QB” systems rarely work (equally yoked), so I think Sears will be called on more as a backup/life preserver this season and that’s completely fine. Boise State’s last couple of titles came with Jaylon Henderson and Montell Cozart “splitting” time with Hank and Ryp, respectively...so don’t discount the importance of Sears. We’ll need him this year, no doubt—and we’re proud to have him in Boise.

He is...but listen, this guy does NOT tweet so following him is a sign of support only (@jackpsears12)

Usually the name “Jack” is derivative of (or a nickname for) someone named “John”....but not in Sears’ case. In this instance, “Jack” is short for “Jackalope”