Under 3 weeks now...that means, we’re just 2 weeks from game week features like the anagram roster, know your enemy, and whatever those other things are! Let’s celebrate this milestone by checking in on #20 on the Boise State football roster—Roman Kafentzis By spurning the advances of the University of Hawaii and the legacy the Kafentzis name has left there. Five Kafentzises had signed up to play football for the Warriors, and Mr. Roman Kafentzis decided to break that mold just a little bit. Kafentzis was a silent commit for the Broncos for a little while before revealing himself. It was no fun having to wait for this Kafentzis to actually reveal himself, but it was worth the wait.

Though he was “only” a two-star athlete per Rivals he had an offer sheet that “rivals” many athletes (247 gave him a more sensible 3 stars). Some of his suitors were: Air Force, Army, Navy, Colorado State, Fresno State, Nevada, New Mexico, and San Jose State. That is seven Mountain West schools, and I didn’t even mention the two Ivy League schools in Columbia and Brown. He’s a punishing hitter with brains to match.

It almost rhymes and also harkens back to a Keanu Reeves film that got 16% on Rotten Tomatoes. 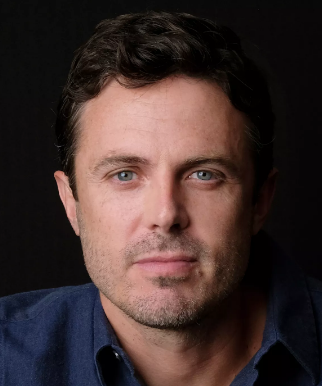 Casey Affleck after he goes on an all-protein diet.

Kafentzis’s playing time has been a bit of a rollercoaster during his time with the Broncos, but hopefully his senior season will see things level out a bit and allow him to end his Bronco career (he’s a fifth year guy) on a high note. Seeing as he logged an INT at the spring game, perhaps he’s off to a good start(?) Being one of just two nickels on the roster should bode rather well for Kafentzis landing on the roster’s two-deep...however, that optimism fades just a tiny bit when you realize the other nickel on the roster is Kekaula Kaniho, a Lott IMPACT award semifinalist AND William V. Campbell Trophy finalist from a year ago and a watch-lister for about every other award except a Daytime Emmy. Kaniho is going to get the bulk of the snaps, but Kafentzis can still make an IMPACT (see what I did there?). We’re going to need fresh legs, solid special teams play, and a lot of (super) senior leadership. I think Kafentzis should see time in every game this fall and hopefully go out a Mountain West champ yet again.

He is (@Roman_Kafentzis), but this tweet that tags him is a little more interesting.

My favorite shot from the Spring Game ft @Roman_Kafentzis pic.twitter.com/SJSfxeCF36

We call Roman’s position “nickel”, but on the roster it’s called the more formal “nickelback” which has prompted Roman to go around the locker room every day urging his teammates to “look at this photograph”