This is another one where the day doesn’t necessarily match up with the real player’s jersey number. In all actuality, we have no idea yet what number this player will wear. What we do know is that we’ll be taking today as an opportunity to highlight—Linebacker, Andrew Simpson

Andrew initially took the wayward (Simp)son route and committed to Kansas, but then something changed. Maybe he just realized Kansas University is located in...Kansas...and decided to opt for a place with a little more geographic texture. Or maybe it was due to the (totally accurate) wrinkle that the linebackers coach responsible for recruiting him to Kansas, Chidera Uzo-Diribe, left for SMU. At any rate, Simpson came to the Broncos as a 3-star recruit with offers from Oregon, Central Michigan, Costal Carolina, and basically half the Mountain West. He also came with a senior year statline of 35 tackles, two forced fumbles, and three pass breakups. As a junior, when the Braves went 14-0 to be the No. 1 high school team in the country, he played some offense as well. He ended that season with 27 receptions for 290 yards and 2 touchdowns. Current Bronco, George Holani, and former Bronco commit, Katin Houser, were both teammates of Andrew at St. John Bosco.

If that’s a tad too esoteric for the non-90s kids among our readership, I’ll give you a hint: It’s a partial reference to a long-running tv show of some repute that shares a name with our featured player of today. 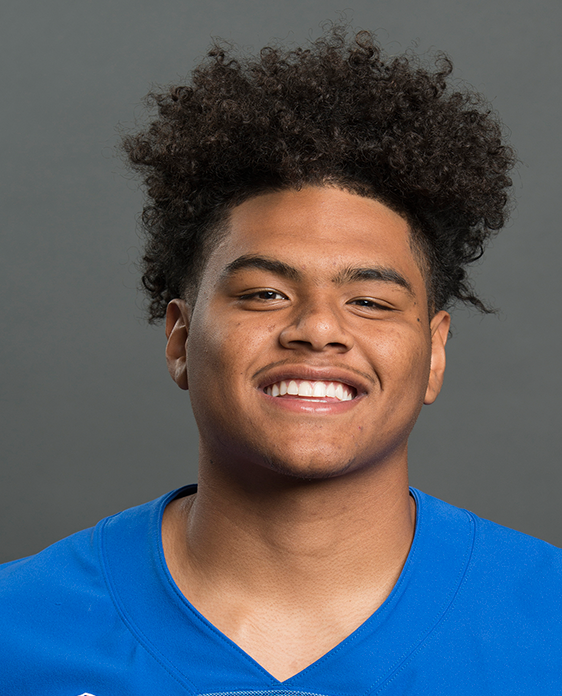 A more stern-looking Curtis Weaver (or maybe just more sun in his eyes).

So far he has none at the college level, but his exploits in high school were captured on video and are presented below for your viewing pleasure.

If he stays static to his designation as an outside linebacker, it appears he would be destined to either get a year of college seasoning on the scout team as a redshirt or see what he can do with some snaps somewhere in the rotation behind Riley Whimpey. Unless, of course, he’s going to join Casey Kline and Isaiah Bagnah in trying to get on the rotation as one of the pass-rushing outside guys (formerly referred to as “STUD”—stand-up end). As cool as it would be for everyone to have a starting job in their first season, that’s mathematically impossible. A redshirt year is what I’m leaning toward as far as an official projection for 2021, but apparently the coaches implied early playing time was on the menu when they recruited him. Also, lest we forget, Avalos has a special place in his heart for the linebacker position....

I think we can safely say that is a “yes”.

As a youth football player, Andrew Simpson once hit a running back so hard that it caused a rift in the time/space continuum. Which means there’s possibly a timeline out there where “wide right” never happened and 5 time Super Bowl champion, Kellen Moore, is now the commissioner of the Mountain West.