43 days, we are, like, getting so close guys! Time to talk punter controversy —Gavin Wale Could have gone with “Blue”, “Bowhead”, “Gray”, or “Humpback”, but this one seems the most applicable as a nickname, and the most appropriate. 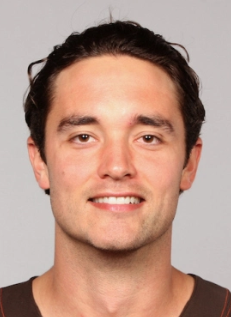 Gavin Wale played in one game as RS Freshman, coming in against BYU and punting officially 7 times (goodness gracious I hate the cougars) for an average of 39.4 yards per punt, and two landing inside the 10.

This is really an interesting conversation to have. Wale was called upon in the BYU game because Joel Velazquez was unavailable. He did a nice job punting, but was not called upon to punt in the remaining 4 games of the season. Joel has really shored some things up in the punting game after a rough start in 2019, but there has been an underlying expectation that Wale would be taking over as punter, letting Velazquez focus on kick-offs, and the occasional long field goal attempt. It will be interesting to see what this new coaching staff chooses to do with the punter position. They may continue with Velazquez in his final year, or Gavin Wale might come on and be the main guy. Anyways, the real prospectus for 2021 is that the Broncos will hopefully never punt, and just score touchdowns every possession making this entire discussion entirely moot.

You better believe it. And it appears he is a fellow MUSKeteer.

As mentioned above, Gavin is a fan of the great Elon Musk. Like Musk, Gavin enjoys dabbling in crypto currency. This has inspired his punting catchphrase (all the best punters have them) where he shouts “TO THE MOON” right before making contact with the ball.