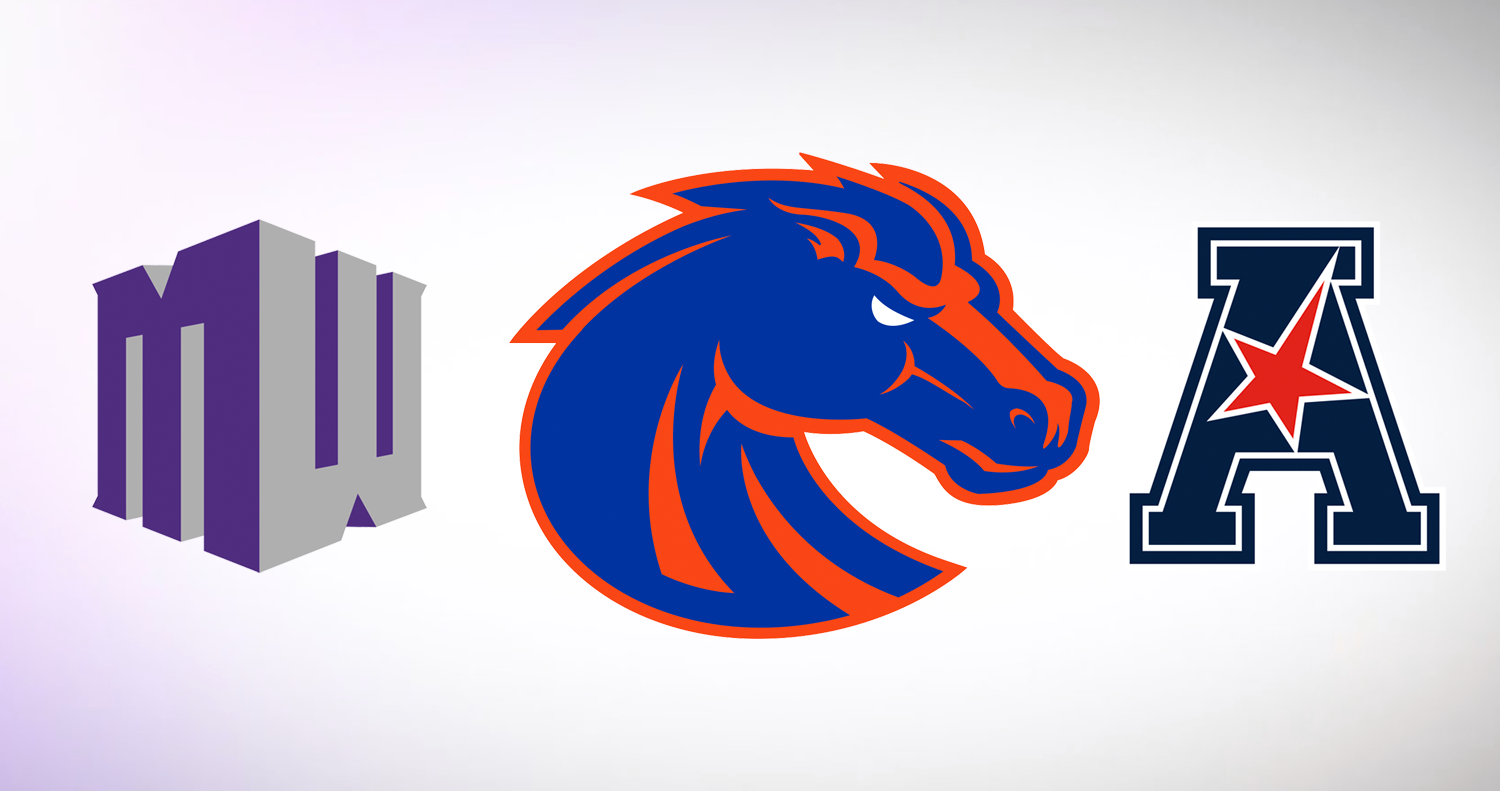 We will start with the lower tier conferences and work our way up each week in the following order: AAC, BIG12, Pac12, ACC, B1G, and SEC.

This Week: The AAC.

I've been looking forward to writing this one. 1. Because this almost happened back when BSU accepted an invite to the then Big East. 2. Because there is always debate about whether the AAC or MWC is the top G5 conference. and 3. The AAC and Boise State have been a little flirty lately.

The AAC (previously the Big East) was once a Power Conference during the days of the BCS. However, after some major fallout during the big conference reshuffle several years ago, The Big east lost its BCS(P5) status as well as their name. The newly branded AAC reloaded with several C-USA schools and has been one of the top G5 conferences ever since.

FUN FACT: Boise State was once A P5(BCS) school as a part of the Big East. Unfortunately that didn't last long as the Big east started to crumble apart shortly after and BSU decided to rejoin the more stable MWC.

We’ll use the F+ ratings available at FootballOutsiders.com. The two components of F+ (S&P+ and FEI) both adjust for opponents and strength of schedule, so this should theoretically give us a pretty good idea of how well the Broncos would fare outside of the MWC.

BSU in The AAC

As you can see, Boise State would have their work cut out for them on the road to the conference championship. The AAC has averaged 5 teams ranked in the top 50 for the past 5 years. If we look at the top 75, that number of teams jumps to 6.6 on average. The AAC also averages only 3 teams per year who are ranked 100 or lower.

Ok, so now let’s break down the table a little bit. (Note: F+ rankings in parentheses.)

Boise State looks like they would be very competitive in the AAC over the last 5 years. If we go solely by the rankings the Broncos would have come in 3rd, 4th, 2nd, 2nd, and 1st in the conference respectively. We also know that rankings are definitely not everything in college football meaning they could beat higher ranked teams or possibly lose to lower ranked teams.

I believe Boise would be a regular contender for the conference title in the AAC. It would definitely be a tougher schedule than the Mountain West Conferences though.

Head to head results over the past five years

*For the above records I kept the broncos out of conference record the same and adjusted their in conference record for playing the AAC slate instead of the MWC. Also I based the 2020 record as if they had played a full conference schedule plus BYU.

The Broncos wouldn't have a whole lot of room for error on their way to the conference championship every year. They would regularly have 3 to 4 solid teams they would have to get through each year (A down season here would likely mean no hopes for a conference title).

I would expect a floor of 8 wins, and really no ceiling.

To sum it all up: The AAC is a jump in competition compared to the MWC. Boise would still be very competitive and compete for the title on a regular basis.