We’ve got a very manageable 68 days until the 2021 season begins (in earnest!) for the Broncos, so today let’s have a look at #68 on the Boise State roster—Jake Stetz Stetz is a great story – he initially came to Boise State in 2016 as a student, eventually joining as a walk-on in the spring of 2017. He had some small-school interest in high school, but was 245 pounds as a senior. His high school coach, Thomas Altieri, had two brothers who played for Boise State and helped facilitate an up-close look.

“Stetz” is German for a “stockily built man,” and he has a nice firearms collection, often taking teammates out target shooting in the desert, but also, the man has some strength. Could’ve thrown CT Thomas through the goalposts if he wanted! 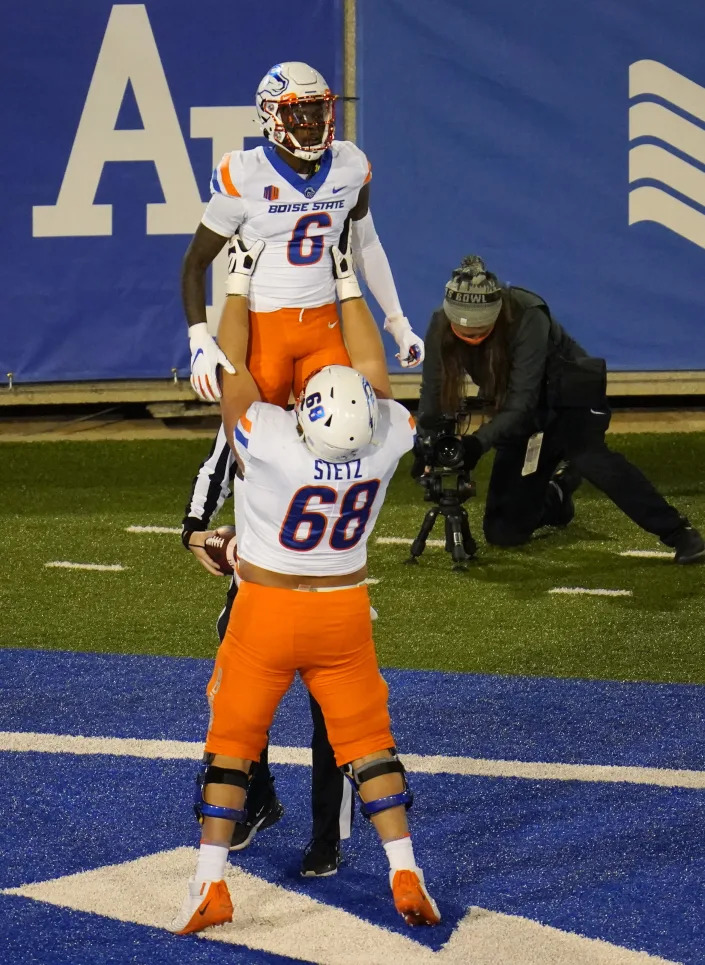 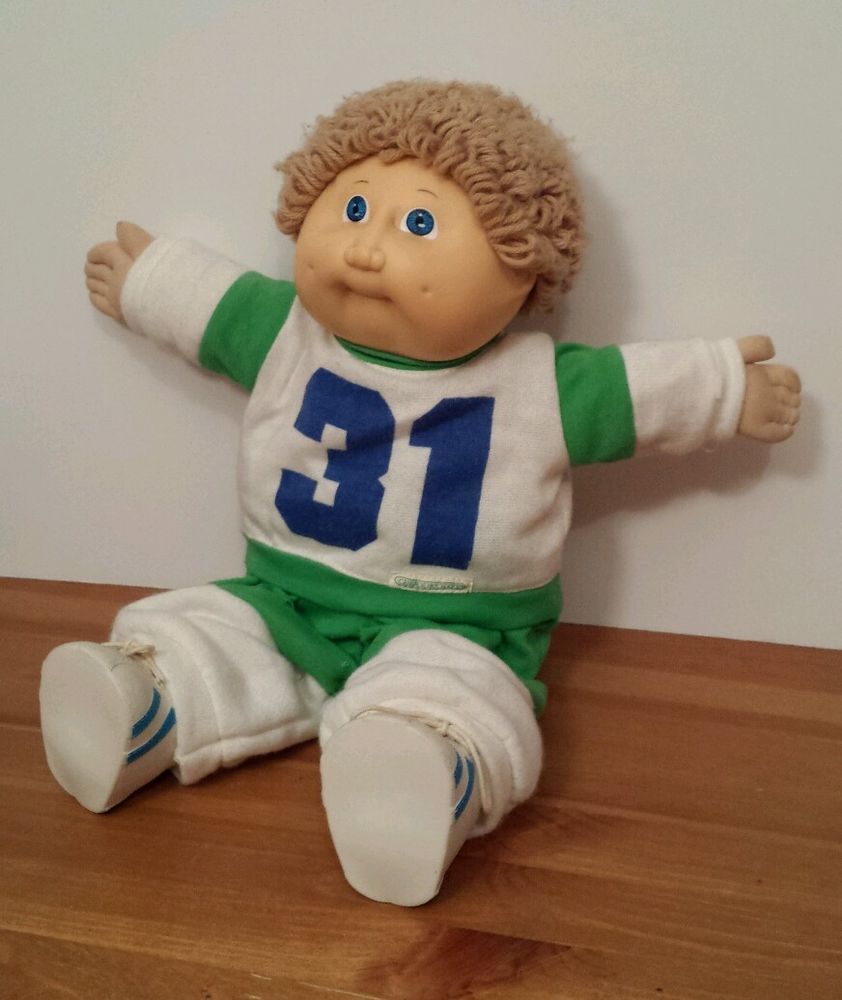 This vintage Cabbage Patch Kid, complete with little football jersey, though his tummy isn’t poking out. They were the toy to have in the mid-1980s. Just ask your grandma.

It’s hard not to root for a guy like Stetz, who went through a lot of effort just to get on the field, let alone thrive. He appeared in 14 games as a backup in 2018, then all 14 after going on scholarship in 2019, but that was a turning point – he started four games at guard and was the second-highest graded returning Group of Five offensive lineman going into 2020, per Pro Football Focus. In 2020, he took over as a full-time starter, starting all seven games, earning the team’s offensive lineman of the week honors four times and was named second-team All-Mountain West. He graduated in December with a degree in environmental studies.

Suddenly, Stetz is a salty old veteran and will be a major part of an experienced offensive line. I’ll admit, it was a surprise to hear Brad Bedell suggested Stetz test NFL waters, but it says a lot about how coaches feel about him. He has the size and has been consistent in 11 career starts, so if he can continue to prove it over a full, normal season, the next level sure seems possible.

He sure does: He’s at the wacky handle @JakeStetz. He doesn’t tweet much, but his TL is allllll Boise State.

He’s an amateur screenwriter. Should he make the NFL, his surreal script imagining himself as a pet in a world where animals are human, “The Secret Life of Stetz” will be a dark horse for an Oscar.