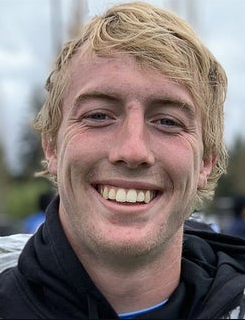 Boise State was actually a little late offering the local legend, but luckily they finally did as soon as Utah State started trying to close in on him. As a 3-star prospect, Austin was the absolute quintessence of athletic versatility. In his senior year, Austin was named the Idaho Gatorade Player of the Year after he rushed for 1,391 yards, 26 touchdowns, and threw for another 10 scores with 1,380 passing yards. The thing is, he wasn’t technically a quarterback though. He just sort of had to fill in there because injuries had otherwise decimated the position for Borah, so he essentially was a full-time wildcat QB for the remainder of the year. In one game, against rival Capital, Bolt had 244 rushing yards and six (!!!) touchdowns. On the season, he also had 62 tackles and four interceptions from the safety position. Not confined to football success, Bolt also was a state track and field champion in the 400-meter and 4x400 relay, as well as a key member of a championship basketball team for Borah. According to a local legend that I have since confirmed with a super, quadruple, top-secret source, Austin was able to dunk all the way back in 8th grade! What were you doing in 8th grade? I was pretty much just playing a lot of PS1, evangelizing Sum 41 albums to unsuspecting passengers on the bus, and pretending I could skateboard. I definitely wasn’t doing NBA things just for kicks. Dude is unique.

I can only assume this is what he’s called by teammates that were all toddlers in 2004. Also...full title every time. No abbreviations. Show some respect. 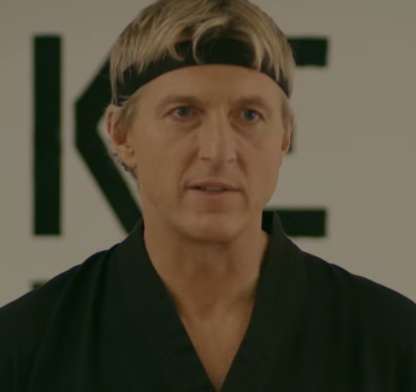 I was struggling to come up with one, but my wife came in clutch with the very accurate suggestion of Billy Zabka, aka “Johnny”, of Karate Kid/best-character-in-Cobra Kai fame.

At the college level, none yet. He played in two games last year and very nearly had a touchdown catch, but was just barely unable to hang on. In the meantime though, treat yourself to the reason he was so terrifying to Idaho high school defenses...and offenses.

The competition for receptions at the tight end position has been reduced slightly with the departure of John Bates for the NFL. Despite that, Bolt still has a formidable level of talent to contend with for reps. Riley Smith actually led the tight ends last year in receiving yards and he is back. Also returning is Tyneil Hopper, who came to BSU as a 4-star and turned down Alabama and Auburn to do so. So, there is great deal of talent to compete with. My prediction: No idea. Tyneil has historically been more of a blocking tight end, but he can also ball. Riley Smith, like Bolt, is a bit of a “light tight”/MOVE tight end as he is on the “small” side (sub-230 lbs) as well. So, they have somewhat overlapping skillsets. That said, there is NO such thing as having too much talent. At any position. So, we have a good problem on our hands and some intriguing fall camp competition to look forward to.

Yes...kind of. Almost exclusively retweets though.

“Heart of a Lion” isn’t just a high school alma mater slogan for Austin Bolt. After a spelunking accident in the wilds of Africa, Austin required the Six Million Dollar Man treatment. However, due to the remoteness of the location, the local doctor used animal parts to put him back together. This would explain some of his athletic exploits...and also why he can eat five, full Chipotle burritos more than a typical human male.