93 is the atomic number of neptunium. Of course, you already knew that. Did you know it’s ALSO the number of days until the Broncos storm Orlando? It’s true. To commemorate, we’ll take a look at #93 on the Boise State football roster—DE Andy Nwaoko 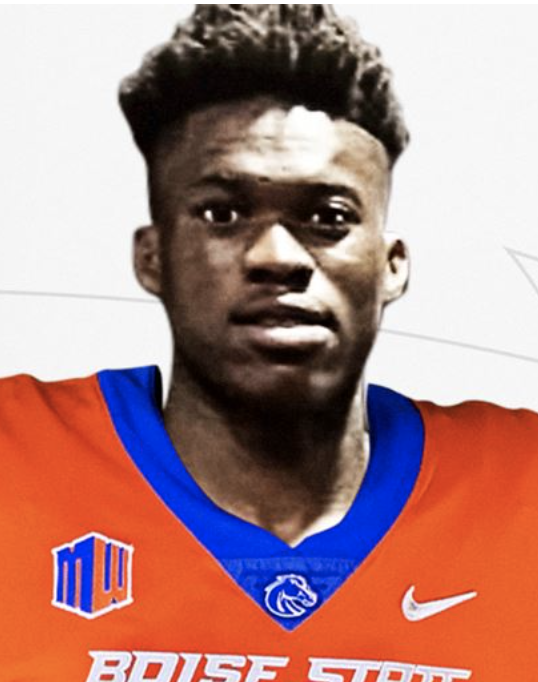 Nwaoko was a verrrry late addition to the 2020 recruiting class, as he climbed aboard in June of that year and promptly arrived at BSU soon after. He was a two-sport athlete at Blue Ridge School on the football and basketball team and was named the Virginia Independent Schools Athletic Association Division II Defensive Player of the Year as well as to the first team defense. It’s how Nwaoko got to Blue Ridge that is probably the more interesting tale. Just over 3 years ago, Nwaoko left his family in Nigeria to pursue a basketball dream in the states—moving to Virginia and enrolling in a private school where he moved in with the family of his then-basketball coach. In fact, Nwaoko had never really even heard of football when he arrived at Blue Ridge, but his size and athleticism won out and by his senior year football had heard of him. In his final prep campaign, he racked up 81 tackles and 11 sacks, and schools started calling (among them, obviously, Boise State). Nwaoko picked the Broncos over an interesting list the Broncos don’t often find themselves in recruiting battles with: Fordham, Duquesne, Howard, Albany, and Monmouth. You can see below the thoughtful approach Nwaoko took to his decision.

I like alliteration and seeing as Andy is from Nigeria—I’ve got to bring that Christian Okoye vibe back. 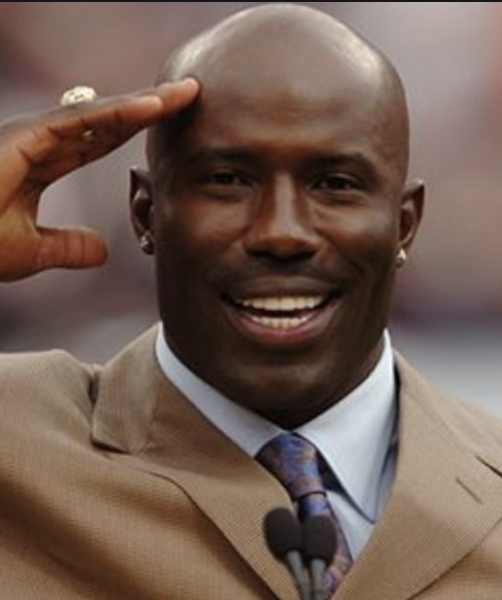 I see a little bit of Terrell Davis in there.

Nwaoko suffered a season-ending injury before the strange, COVID season really even began, but his redshirt is firmly in place, so no harm done to his eligibility clock if he can get back to 100% health. He had a season-ending injury in the VISAA DII basketball semifinals in March of 2020, so it’s not entirely clear if this was carryover from that or a fresh injury, but moving forward, we’ll assume he’s healthy and predicate the rest of the prospectus on that.

Nwaoko is raw...there is no doubt. With just two years of high school football under his belt, he can’t help but be. But listening to his interviews about the natural transition to football and his coaches discussing his natural abilities on the field makes me think that with it being his primary focus, he’ll grow leaps and bounds in short order. Nwaoko seems to already have a great relationship with Spencer Danielson and I think will fully “buy in” to the training and coaching he’ll receive at Boise State and because of that, I fully expect him to start making an impact as soon as he’s physically able.

The lay of the land at DE currently looks like this: Aisa Kelemete (Sr), Demetri Washington (Jr), Shane Irwin (Sr), and then Andy. The EDGE (formerly “STUD”) players that will no doubt add some extra manpower are Isaiah Bagnah (So), James Wilborn (Fr), Dylan Herberg (Jr), Gabe Hunter (Fr), and Casey Kline (So). Let’s just say there is room for someone to break out. Washington is coming off an injury, Irwin is coming off an All-MWC season and then...question marks. Frankly, if Andy wanted to be 100% by fall camp that would be A-OK with me. If the interior D-line is as stout as we keep claiming, the ends need to keep pace for this defense to really hit a new gear. Watch Andy’s highlights below and you can see his upside (it’s all upside).

He is. Great quote...greater athleticism.

Andy speaks French rather well, as demonstrated in this riveting tour of the Blue Ridge campus (they get canoes?!)