“95” means a lot of things for a lot of people. Some people think of it as the year that Pixar changed the world. Others associate it with the road that connects Payette to Weiser. For our purposes though, it means 95 days until football is back for us. And that means jersey #95—DT Divine Obichere 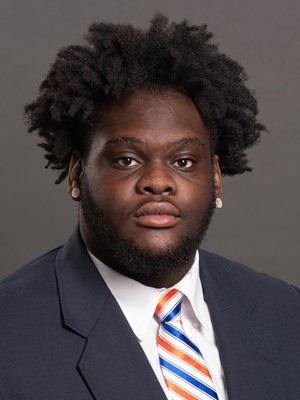 It’s funny how when coaches are scouting one player, another one will often keep flashing on film. For instance, that’s how Ian Johnson ended up coming to Boise State. Robert Prince was actually scouting Patrick Chung (who ended up committing to Oregon and went on to win 3 Super Bowls with the Patriots), but the running back he was playing against just kept being un-ignorable on tape. It seems likely that this story played out similarly with one or the other of Shane Irwin and Divine Obichere, former defensive linemates at Long Beach Community College.

Because he splits gaps between offensive linemen, separates ballcarriers’ feet from the ground, and divides quarterbacks from their peace of mind. 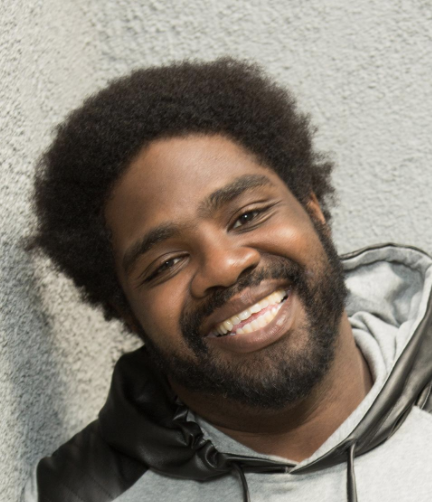 I flirted with some other options before ultimately staying with comedian Ron Funches, Drew’s selection from last year.

Divine seemed to keep up with his impactful ways when he stepped up a level in competition. Last year with the Broncos, in a season that was only seven games, Divine still managed 18 tackles (10 solo), 2 tackles for-loss, and two sacks.

The Broncos are coming into 2021 with a lot more certainty on the defensive line than they had this time last year. In addition to Obichere, Scale Igehion is back, as is Keegan Freeborn, Jackson Cravens, Scott Matlock, and an immensely talented up-and-comer in Herbert Gums. Defensive tackles tend to frequently rotate due to their varied skillsets and the limited stamina that often accompanies individuals with the girth necessary to do what they do best: Be big, plug holes, and push the pocket. Obichere also seems to have added the requisite bulk to really do those first two jobs extra-capably. It’s likely that Scale’s spot in the starting line-up is assured, but Obichere and Freeborn are both more than capable of lining up alongside him. If I had to guess, I would think that Obichere gets the nod, but that Freeborn and Cravens get in a lot so they can all stay fearsome and fresh.

While highlights from his time at Boise State aren’t available, these plays from his LBCCU days are worth your time. They may cause you to be more perplexed as to why he didn’t have many offers, but they’ll also get you very excited about what he is capable of.

Update: There actually ARE Boise State highlights of Divine.

I can’t wait to be a Boise legend.

Despite the name, Divine is not a big fan of consuming divinity. He’s much more of a marzipan kind of man.