Editor’s note: One day in and I’m already tapping out...OR just letting some other folks get in on the fun. Today’s guest author is Kyle McMorrow, who penned the beautiful (but wholly wrong) pee trough rebuttal. Take a bow, Kyle! Okay, a curtsy is fine I guess. You’ll see a few new authors join the parade this year and we’re glad to have them all. Onward!

The countdown is on, with our first official jersey number of the season, 99! Seeking to be featured early in the OBNUG countdown, we have a jersey change. Formerly #62 on this list, this local kid, was raised by Vandals, journeyed to truth, and has found success on The Blue. Buckle up, because this redhead is gonna have a big season. Ladies and gentlemen #99 Scott Matlock. He didn’t have to go far, but it was a big deal. His family had largely been Vandal fans and players, including his father Doug and brother Steven. Scott found success on both sides of the ball in high school, and was named to the All-Idaho Second Team his senior year as well as the 2018 Idaho Press Tribune Sports Inspirational Athlete of the Year. He had an offer from Idaho as well as Idaho State and Weber State, Scott decided to join the Broncos. He was originally planning on redshirting, but due to attrition, they activated him for the 2018 season. Scott has a pretty powerful and sobering story I recommend you read as well. 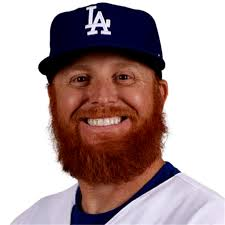 Scott was able to take quick advantage of the new redshirt rules in place for the 2018 season and played in 2 games, thereby preserving said red shirt. Scott played in 12 games last year, making 2 tackles and half a tackle for loss.

In the abbreviated 2020 season Scott took full advantage of his opportunity, playing in all seven games, and causing problems for opposing offenses, and kickers alike, with 22 total tackles, 2 sacks (1.5 of those coming against by #2 overall pick Zach Wilson), and a 2 blocked kicks.

As a prep, Scott was named the 2018 Idaho Press Tribune Sports Inspirational Athlete of the Year. Named to the 2017 3A All-Idaho Second Team as an offensive lineman, and earned spots on the 3A All-Snake River Valley First Team as a D-lineman and tight end.

Matlock is set up to have a huge year. Scott is coming off a year where he picked up honorable mention all conference honors, and he is poised to build on the success of his last season. With a defense that was a bit porous at times last season, the hope is that more experience from Matlock, as well as a defensive minded coaching staff will be able to shore up some of those issues.

Defensive coordinator Spencer Danielson has sung his praises of Matlock, commenting this spring that Scott will be a nightmare for opposing teams, and that he has positioned himself as a leader on the line.

It is also worth mentioning Matlock’s success on special teams last year. With a couple of blocked kicks, and some near misses, special teams coordinators are definitely going to take notice of the big man, who might have been thought of as a top special teamer on the team last year, if not for that pesky Avery Williams taking all of the accolades.

And I didn’t even get him anything.

Scott was drawn to defense from a young age, when he would rush home from school to watch his distant cousin, and notable criminal defense attorney, solve crimes with clues just too allusive for the police. That cousin was, of course, none other than Perry Mason.