Shakir isn’t that big, but he was a BIG get for the Broncos when he committed. Rated a 4-star recruit by 247sports and one of their top 300 players, Shakir was heavily recruited for his gridiron skills. All told, he had at least 13 offers, but rewarded the Broncos for their perseverance by deciding to join the BEST team. As a senior at Vista Murrieta, the talented athlete did more rushing than catching...with 102 carries for 906 yards (a healthy 8.9 ypc average) and 7 TDs. Of course, he did a little receiving as well, with 243 yards and 2 TDs on just 17 receptions. For his efforts, he was rewarded with a trip to Hawaii for January’s Polynesian Bowl. As a junior, Shakir was named to the All-CIF Southern Section Division 1 Offensive Team as a “utility” player. He chose the Broncos over offers from Arizona, Arizona State, Boston College, Brigham Young, Colorado, Colorado State, Hawaii, Illinois, Nevada, San José State, UCLA, and Washington State. 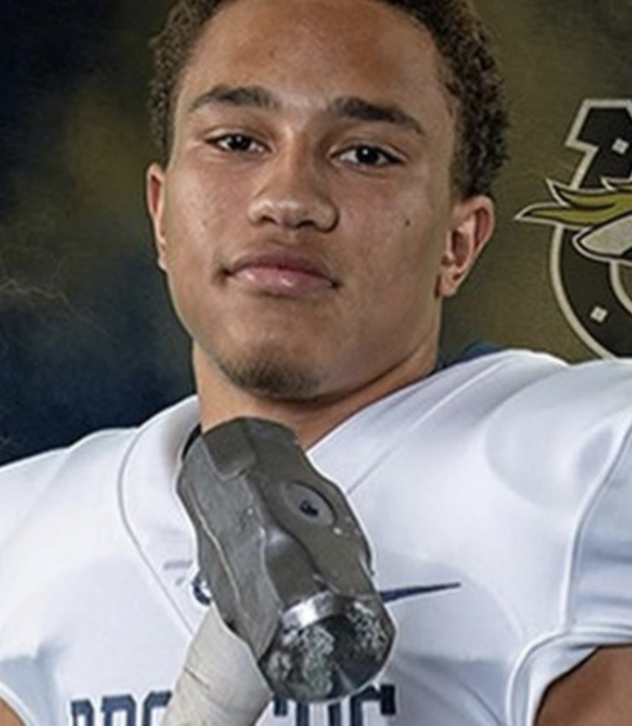 Khalil Shakir is a stud. I’d call him a stud in all caps, but then it might confuse people as to whether he’d switched over to defense. Frankly, with how versatile he is, I wouldn’t be surprised if he could make the switch...but let’s keep him on the scorin’ side of the line-of-scrimmage for now. When football play does resume (and it WILL resume at some point, folks), I fully expect Shakir to be the Broncos go-to guy on offense. I mean, last season as a true soph he led the team in receptions (63), and finished second in receiving yards (872) and receiving TDs (6). What’s more (beyond the fact he put up those stats with John Hightower still doing his thing) is that he rushed for 66 more, completed 2 passes (one for a TD) and also dabbled in kick return duties. He’s a weapon, this one.

There are many bummers surrounding this season (the least of which that we are NOT actually 2 days from kickoff), but honestly one of the biggest for me is not being able to watch Khalil Shakir make defenders look silly. He’s been a gamer since day one and he’ll continue to be one until he hangs up the Blue and Orange. Hang tight, everyone...more highlights are coming.

Khalil Shakir hauls it in for another @BroncoSportsFB TD!#BleedBlue | #MWFB pic.twitter.com/2dAXpwe4n1

Completely made up joke

What does the speedy Shakir eat before games?
Nothing. He fast.