It’s the last day of the teens, and normally we would officially be under two weeks to game time. I think, regardless of the state of athletics, it’s good to brush up on the players reppin’ the Blue. Today we highlight #13 Marques Evans. Listed as a 3-star prospect and rated the #11 CB in the west, Marques passed on offers from Hawaii and Nevada to become a Bronco.

I’ll stick with it, though I shouldn’t have deviated from Drew a few years ago... 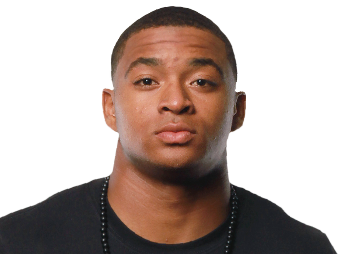 Marques has seen limited action for the Broncos. He missed all of last season due to a shoulder injury.

While at Newbury Park, Marques earned All-Camino league and all-county league honors. As a senior, he had 38 tackles, 2 interceptions, 10 pass break-ups, 1 fumble recovery and one blocked field goal.

Were the season to carry on as usual, I think the presumption would be Jalen Walker and Avery Williams would start at corner. There is a lot of talent on the roster in Reed, LeBeauf and Mitchel (along with Evans) and the slough of newcomers in the 2020 class.

While Evans hasn’t seen a ton of playing time, he has been with the program to understand the system. He would certainly push the be on the two deep, but until the 2020 class gets on campus and we start seeing some competition, it’s tough to get a read on the position outside of Williams and Walker, save for maybe the play time Reed earned down the home stretch.

A man of sound and impeccable principles.

Breakfast for dinner will forever hit