We really haven’t hammered out what this site will look like with no football season yet, but we have 15 days to figure that out, I guess. The Countdown still counts. Jalen was a surprise in the 2016 class in that we didn’t know about him until signing day. Walker played DB, LB, AND wide receiver at Lawndale and was the Ocean League Defensive Player of the Year as a senior and an All-Ocean League first-teamer at wide receiver as a junior.

Taking cues from his Twitter account...we’ll always defer to the player unless that player is Doug Martin. 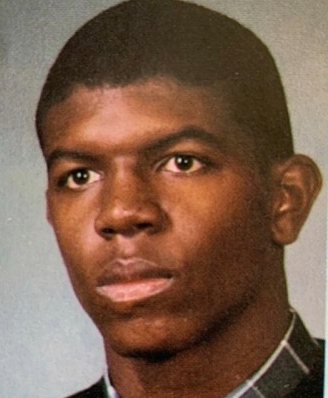 Named to 2020 Jim Thorpe Award and Bednarik Award Watch Lists (sigh). All-Mountain West Second-teamer in 2019. Started all 14 games for the Broncos in 2019 and registered 53 tackles (3 for loss), a team-high 9 pass break-ups, and had a game-altering pick six agains Utah State. Played in 10 games in 2018, making 19 tackles, breaking up 2 passes and recovering 2 fumbles. Played in 12 games in 2017 including a start in the Vegas Bowl against Oregon. Academic All Mountain-West in 2017. Ocean League Defensive Player of the Year as a senior at Lawndale after recording 116 tackles, with 23 of them for loss.

Jalen Walker was one of the breakout stars of 2019 for the Broncos and definitely took any question marks surrounding the departure of Tyler Horton and turned them into exclamation points (upside down ones if you’re in Mexico). Walker led the team in pass break-ups, provided frequent lockdown coverage, and generally just was that dude in the Bronco secondary (or dat boi or whatever the YOUTHS are saying nowadays). According to CFB Film Room, in 2019 Walker only allowed 4.21 yards per target allowed last season vs “explosive routes” (an explosive route is defined as a route which produces 20+ yards per reception on average). That particular stat has Walker in with some of the best in CFB and if you’re confused by the metric...it might be easier to just say, Walker shut down big plays and big receivers—which is why Bronco fans would sometimes see a “WR3” emerge as a team’s “WR1”...because Walker would so shut down the top playmaker that grabs would often go to a forgotten man on the team’s offensive depth chart (see: Hawaii 2019). Oh, and he was SECOND In the country in returning production with 21 PBUs/INTs. Not bad at all.

We don’t know when football will start back up, but if we’re lucky enough to still have Walker on the field (the NCAA approved zero loss of eligibility for all players affected by the pandemic), our secondary will continue to be in great hands. Walker’s talent, desire, and leadership helped restore a lot of confidence in the Bronco secondary and I’ve no doubt his senior year will be his best.

He is. And y’all want some downright heartwarming content?

My momma’s Reaction after not seeing me for 2 years . Love you @Janelle10338626 pic.twitter.com/eXSao58EEr

Jalen hails from Lawndale, which is a much friendlier community than the curmudgeonly Get-Off-My-Lawndale just up the road.