65 days left until the season arrives. Whether said season will include football is anyone’s guess. Tell you what...football or no, the countdown will roll on. We all need this. 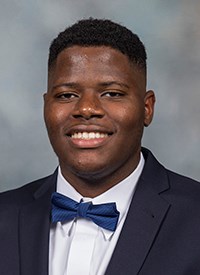 Osuji transferred from Rice after 4 years at the school and has at least 7 career starts under his belt. He was featured extensively his sophomore season, starting the first six games for the Owls before going down with an injury. At Coppell High School, he was a second-team all-district 7-6A performer and a second-team academic all-state selection as a senior as well.

His name’s Uzoma, so I think we got a nickname already happenin’ 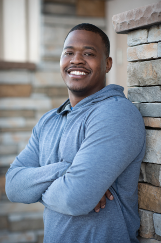 Member of C-USA Honor Roll (2017–2020). Second-team All-District 7-6A as a senior at Coppell High School. Second team Academic All-State selection and member of the A-B Honor Roll while at Coppell.

There are a lot of questions surrounding the 2020 season (such as: “will we HAVE a 2020 season?”) and many of them fall on the offensive line...a unit that loses a whole lotta talent, experience, and girth. There’s zero doubt that we’re going to see a lot of new starters on the line and guys sliding into new and/or different slots. One absolute is that we’re going to need depth as well and I can see Osuji providing that immediately. At Rice, he most often was in the LT spot and I think with his length, that’s exactly where he’ll project here as well. John Ojukwu is the presumptive starter here, so I think Osuji should be considered the primary backup at the moment. However, right tackle is also kinda wide open, so Osuji could certainly swap ends as well. Either way you cut it, it’ll be good to have some starting experience and competition in fall camp should it happen.

I know what you’re all thinking, “Is Uzo related to Professor of Chemical and Biomolecular Engineering at University of Pennsylvania, Chinedum Osuji?” Well, I have no idea...but Uzo does share Chinedum’s love for taekwondo.