With some of yesterday’s announcements it’s looking like the countdown may end up being a big lie, but it’s a necessary lie. Here’s another lie: Brandon Hawkins wears the #57 jersey...he doesn’t, but because he shares that number with Riley Smith...and Smith had it first, Hawkins never really gets to be highlighted in his native attire. We hope he doesn’t mind. He was the second Boise State commit (after Phillip Mills) for the class of 2018. Coming out of TX the linebacker had himself quite the productive career and offers.

Mr. Hawkins was a consensus three-star recruit among the three services, 247Sports, Rivals, and ESPN. Hawkins was a two-time team captain at Georgetown. He also was a human wrecking ball his senior year amassing 125 tackles, four sacks, two safeties, and a unanimous selection to the Texas All-District 19-5A First Team. So, he’s kind of good.

As for offers: Air Force, Army, Colorado State, Houston, Indiana, Navy, and Washington State. Those were just the notable ones.

Now we just need to find another linebacker to nickname “animal” and we’ll have our own legion of doom. 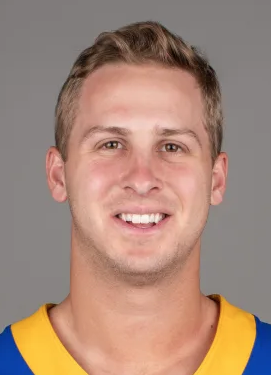 Boise State seemed poised to have a little more clarity at the linebacker position heading into 2020, but if anything, I think the waters may be a tad more muddy. MLB Zeke Noa is coming off a rough injury he suffered last season, LB Phillip Mills and Josh Booker-Brown have left the program and the Broncos didn’t sign a HS linebacker in the 2020 class. Linebacking last season was adequate, but lacked a true standout and I feel like 2020 will be the similar (if we do, in fact play). This isn’t necessarily a bad thing, however—I can think of many, many seasons where the Broncos relied on a solid, consistent team effort over an insane, sideline-to-sideline playmaker. I think the real thing to look for in the fall is developed depth and cohesive unit play.

Hawkins, who is currently listed as a WILL linebacker, has Riley Whimpey, Nick Provenzano, and Tyler Crowe as his contemporaries. Whimpey led the team in tackles last season with 83 (coming off a knee injury, no less) and WILL likely be the starter again (I demand that you see what I did there), but with Hawkins’ newfound experience, he should see the field plenty...and might even slide into the SAM or MIKE spots from time to time if the need should arise. NC State transfer Brock Miller should provide some very valuable depth to the LB corps and I expect that more LBs will land in the top 10 list on total tackles this year (only 2: Whimpey and Wickersham, made it last season).

Sure is...and he had a very Texas greeting for Hank Bachmeier when he saw this post...

As a foodie, Hawkins has made it his goal to eat every species of animal native to Texas at least once. He described the armadillo burger as “a bit tough”.