This countdown is flying already. We’re on day 90 and I couldn’t be happier. I hope you all are enjoying it a bit more this year. I know I am. Let’s check in on Scale Igiehon. Scale was a 3-star prospect on 247Sports and passed on a lengthy list of suitors, including Houston, Purdue, UCF and Tulsa to name a few.

I really liked this one from last year, though I’m biased. 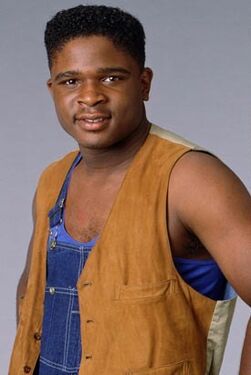 With the graduation of Sonatane Lui and Emmanuel Fesili, the nose tackle position belongs to Scale. Keegan Freeborn will be in the mix, but I fully anticipate Igiehon to run the show. I could see Obichere working himself in the mix as I anticipate he will slide into nose tackle rather than defensive tackle. I guess that remains to be seen.

Scale has shown he can be incredibly disruptive inside and will command double teams for sure. I think I speak for everyone when I say I’m excited to see Scale leading the line.

He is, and while this isn’t from Scale’s account, he can throw some iron around...

As you can see from the video above, Scale is strong. So strong, in fact, that he would sometimes squat the entire rack; weights, bar, platform, everything, and not realize he was doing it. What is shown in the video is his warm-up.