93 is the atomic number of neptunium (obviously), but were you aware it’s also the number of days standing between us and sweet, sweet football? It’s true, so today we’ll take a look at a numberless newbie who could wear #93 for the Broncos—Robert Cooper 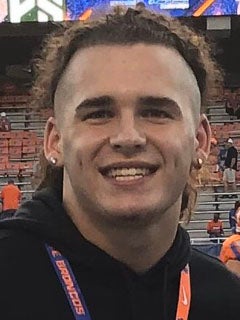 Cooper was one of the top 10 recruits in the state of Washington for the 2020 recruiting cycle (ESPN) and was named a top 65 recruit nationally at his position by the worldwide leader as well. In his final season at Bethel, Cooper helped lead his squad to the 3A state quarterfinals and thereafter was named the 3A Pierce County League Co-Defensive Lineman of the Year. All told, Cooper was named to the 3A All-PCL first-team twice during his career and showing a bit of versatility, was also a first-team All-PCL offensive lineman as a senior. Cooper made 39 stops with 6 sacks in his final season with the Braves. A 3-star recruit, Cooper picked the Broncos’ offer over similar ones from Hawaii, Oregon State, San José State, Utah, Utah State, and Wyoming. This dude’s good, but like Levar Burton once implored—don’t take my word for it.

Years of watching sports movies (and Hangin’ with Mr. Cooper) taught me this is the only acceptable nickname.

Brain wouldn’t relinquish his true look-alike, but his hairdo was giving me strong Mogwai vibes 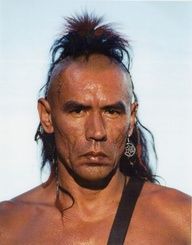 Top-ten Washington state recruit as a senior at Bethel High School. Two-time 3A All-PCL first-teamer on the defensive line. All-PCL First-teamer as an offensive lineman in 2019. 2019 3A Pierce County League Co-Defensive Lineman of the Year.

The fact that my first 3 countdown articles have been incoming defensive lineman couldn’t be more appropriate as no position group on the team fills me with more excitement yet more trepidation than the D-line. The Broncos famously (because we keep telling you) lost loads of D-lineman after the successful 2019 campaign...namely David Moa, Chase Hatada, Matt Locher, Curtis Weaver, Sonatane Lui, and Emmanuel Fesili, and while the cupboard wasn’t left bare...we’re down to just staples (mac and cheese, graham crackers, pop-tarts). There ain’t gonna be a ton of experience along the line, no...but talent? Hooooo boy.

Cooper was officially listed on Boise State’s signing day page as simply “DL”, his hudl page (and most of his highlight tape) have his as a DT and his 247sports profile has him listed as a strongside defensive end. That’s versatility AND confusion! So, where will Cooper line up with the Broncos? Heck if I know...and that’s a good thing. Cooper already possesses great size (I saw this guy on his official visit...he big) and speed and could easily pack more bulk on his already impressive frame and solidify himself on the interior (where we definitely need bodies) or he could stay pat and become a potent edge rusher (where we definitely need bodies). My gut says he’ll elude labels during his time at Boise State. He plays the “3-tech” position a lot on his film and I think I see him more of that David Moa/Chase Hatada sort of DL hybrid than a true Curtis Weaver type edge guy. Any way you slice it, Cooper should be a gigantic boon (or boom?) to this rebuilding D-line and I think could see the field as early as this Fall (up to 4 games, at least).

Yes, and I’m sure really turned some heads at this Holiday Inn banquet room.

Robert doesn’t like to brag about how many Chicken McNuggets he can eat in one sitting...but it’s 63. He was going to go for 65, but wanted to leave room for the Shamrock Shake.