After highlighting offensive lineman on 6 of the last 7 days, I think we could all use a break...so today, we’ll highlight...oh, another offensive lineman? Nevermind. With 72 days remaining until the scheduled kickoff, we’ll look at #72 on the Boise State roster—Dallas Holliday 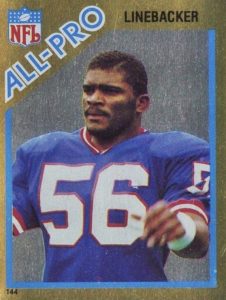 Appeared in 12 games for the Broncos in 2019. First Team selection for All-CIF SS Division 2 and Co-Offensive Lineman of the Year for the Marmonte League. Two-time All-Marmonte League First Team.

Last week on Julian Simpson Day, I posited an offensive line...up that featured Dallas Holliday as the starting left guard. Clearly, I have no idea if Holliday will actually start at left guard, but frankly, he has a good a chance as anyone and the fact that this is his 3rd year with the program gives him a little extra cachet. Having lost so many lineman to graduation and/or the draft means that Brad Bedell has a daunting task ahead of him and considering some folk weren’t pleased with the O-line performance when the task wasn’t as daunting means that we’re in for an interesting fall camp. The Broncos need some guys to step up in a big way and I think all are equal to the task. I especially like Holliday’s chances after appearing in 12 games in 2019. Here’s to hoping the new look line will keep Hank’s jersey clean and the running lanes as wide the grand canyon (or even a lesser chasm).