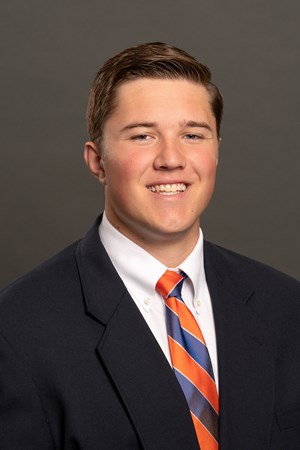 (EDITOR’S NOTE: for the first time in his career at Boise State, Nick Crabtree’s countdown is not being written by Damien. As an ode to Damien’s legacy of writing this countdown, we will follow tradition and plagiarize this section from all three of his previous works)

It used to just be “Consistent”, but he’s a senior now, and the team respects their elders.

Nick is a dead ringer for Mike Trout in both appearance and reputation, at least in our opinion.

Offensive linemen are a hard unit to show highlights of. When it works, it works; when it doesn’t, people want to fire Coach Bedell. That said, Nick ground out his first two seasons at Boise State for four appearances per season, but last year showed up in every game, with time at special teams and on the line. His work ethic and consistency have been getting praise from the coaches, too.

Can’t wait to see what @Nicktree4 can do this fall! He has been a true leader in the Offensive Line room throughout everything that has happened this spring! #BleedBlue #OLinepride https://t.co/P4pvQDqDmc

The offensive line clearly struggled to keep Hank, Chase, and Jaylon upright at times last season. However, with a bug chunk of the starters moving on due to graduation (and the draft), the line has a chance to be remade this season.

There’s no guarantee that Crabtree has a starting spot, but he’s got a shot at one. Being a consistent grinder who does the work gets noticed, so if he can put together a solid fall camp and chemistry with whatever line Coach Bedell fits together, we could be seeing a lot of #73 this fall.

Our non-expert prediction is perhaps some starts, but definitely rotating in on backup duty. Senior leaders are key on the lines, especially after losing so many.

Consistently enough, he is.

While most people assume the Crabtree family name comes from crabapples, the truth is that many many years ago, the family patriarch emerged from his home after a particularly fierce nor’easter, only to find the large tree in their yard absolutely coated with crabs. He immediately set up a booth at the roadside, and charged a nickle to come view the spectacle for two days, until the stench prompted the local township to shut it down and kick him out of town.