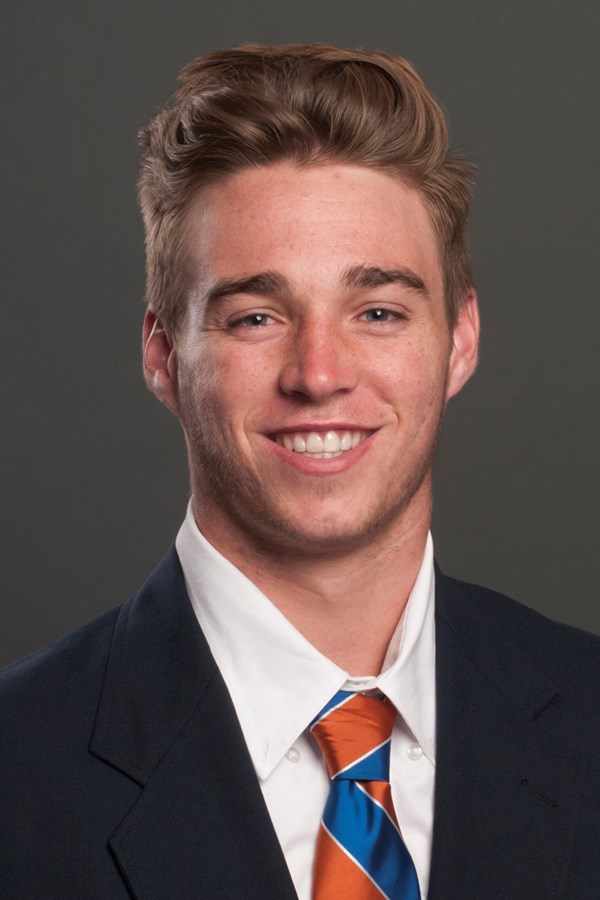 Maclaine followed fellow Chaminade Prep alum Andrew Van Buren to Boise State, and walked on. He played WR and QB in highschool, and somehow found a place in the Bronco’s absurdly deep WR platoon. If you can stick as a walk-on in a situation like that, the coaches like something you’re bringing.

With his Irish-American heritage and meticulously coiffed hair, the Griffster strikes us as a younger Conan O’Brien. No confirmation on the self-deprecating humor.

After redshirting the 2018 season, Maclaine saw the field in 8 (or 9, depending on your stat sheet) games in 2019 as a RS FR. Mostly in a Special Teams role, Maclaine did not accumulate any stats.

It’s hard to predict the wide receiver position for the Broncos this year. There’s quite a few returning studs, some new incoming firepower, and only so many snaps to go around. Maclaine couldn’t crack the offensive stat sheet last season, but he’s made a name for himself on the scout team.

The easy prediction is more special teams time, and maybe some garbage time snaps at WR; that said, if the coaches love you enough to keep a walk-on at a crowded position, and get amped for your scout team performance, we might be building to an under-the-radar Thomas Sperbeck breakout. That’s a lofty comparison, to be sure, but some guys just have that extra bit of something. Call it a hunch.

The Griffster abides! But he does not post much. A retweet of last year’s Countdown featuring him isn’t that far down his page.

Thanks to a childhood incident he refuses to discuss, Maclaine will only drink Orange Gatorade.