So...this week kinda got away from me with work and unforeseen car troubles, so I didn’t get in as much research as I normally do for our beloved KYE. Look, maybe we’ll just chalk it up to us playing an FCS team and the fact that I never explicitly stated you’d be getting ten facts. Still, I can’t help but feel...

So, let’s just enjoy these SIX facts and pretend there are ten of them, alright?

6) Portland, Oregon was founded as “Stumptown” in the 1830s after a large number of pioneers began arriving in the Willamette Valley off the Oregon Trail (although some died of dysentery). The spot was roughly halfway between Oregon City and Fort Vancouver and was called Stumptown because of the large number of trees cleared out to allow for its growth (it was also called “The Clearing” which sounds like a dope horror movie—come to think of it, so does “Stumptown”).

In 1843, a fellow named William Overton (famous for his windows) decided to file an official land claim but was lacking some of the funds, so for 25 cents (seriously), he agreed to share half of the 640-acre site with a Bostonian with a Simpsonian name—Asa Lovejoy. 2 years later, Overton sold the other half of his claim to a guy named Francis Pettygrove, who was from Portland, Maine. Pettygrove and Lovejoy both wanted to rename the town after their respective hometowns but couldn’t resolve the issue, so they did the only gentlemanly thing and settled the score with a coin flip. Pettygrove had the winning flip and the site became Portland 2: Electric Boogaloo.

5) Portland State University was founded in 1946 as Vanport Extension Center by some dude named Stephen Epler. Epler, a Columbia grad, went off to fight Nazis and when he returned to the states became a veteran’s counselor in Portland. Epler dreamt up the “school” to service the demand for higher education among returning veterans taking advantage of the G.I. Bill. The first summer session of the school had 221 students and tuition was just $50 ($3 million today, I think), but by the fall over 1,400 students registered, causing the fledgling school to push back the fall term until October due to lack of space.

The school was located (as the name suggests) in Vanport—a wartime city of public housing between Portland and the Columbia River (this was a bad idea, as you’ll soon find out). On Memorial Day in 1948, the Spokane, Portland and Seattle Railway berm burst, sending a 10 foot wall of water into the city of 18,000, causing 15 deaths and completely destroying the town. Despite the minor setback of having their homebase utterly destroyed, VEC refused to die and moved their classes to Grant High School and converted old buildings at the Oregon Shipyard. Finally in 1953, the school moved to downtown Portland and changed its name to Portland State Extension Center (colloquially known as “the U by the Slough”). By ‘55 it was a full-fledged college and now addressed as such—Portland State College—which it remained for another 14 years when it finally got its University Merit Badge in 1969. Today the school has an enrollment of 28,000, so don’t ever let anyone tell you you can’t establish a school in a flood plain and then be a traveling hobo school for 5 years. It. Can. Happen. 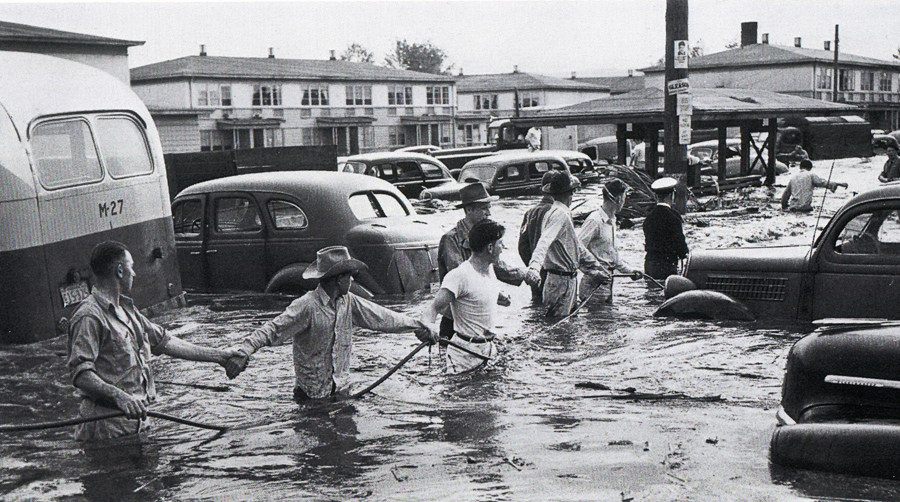 4) If you don’t like Hawaii’s Run & Shoot offense, first I don’t blame you...I still have nightmares about Brennan to Bess, but secondly...you have Portland State to blame. The Run & Shoot offense was first dreamt up by PSU coach Darrel “Mouse” Davis and he passed it along to his QB proteges Neil Lomax (father of one-time Bronco QB Nick Lomax) and “the Surly One” June Jones, who obviously brought the FUN to defend offensive philosophy to Hawaii and then SMU. How did Mouse get his name? Well, he had a lot of siblings and his mom had a sense of humor....behold Birdie, Blackie, Teancie, Tickie, and of course, Mouse. 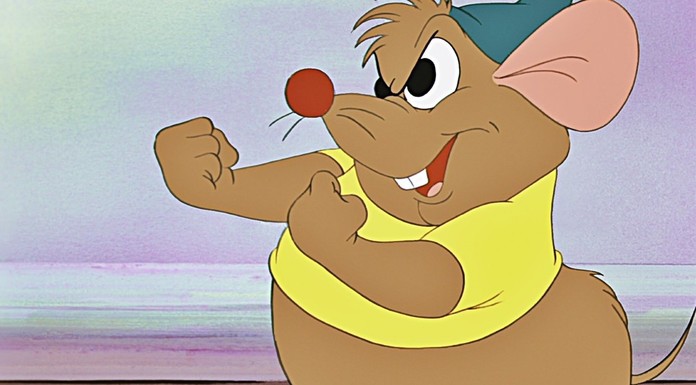 Mouse Davis in his earlier days

3) Portland State began competing in football in 1947 but only had ONE coach leave the school with a winning record in their first 30 years of competition (a yawn-inducing .513 record from Don “Lee” Read). It wasn’t until Mouse Davis burst on the scene that the school actually saw an uptick in wins...so naturally, when Davis moved on they brought back Don Read, who was worse than the first time around, winning just 19 games in the next 5 seasons. When Read finally moved on for good (he didn’t die), a mustachioed Montanan named Ernest Allen took the reins of the flagging program and things got LIT. Allen coached the Vikings for 7 years, and left the school with a super-impressive-for-PSU-and-pretty-impressive-most-everywhere-else .703 win percentage. The team finished 1st in the Western Football Conference 5 times under his tutelage and advanced to the Division II Championship twice and the Semifinals twice more. In 1992, Allen brought his Vikings to Bronco Stadium and the division II squad destroyed their 1-AA foes (us) 52-26. Boise State skipper Skip Hall resigned shortly after and Gene Bleymeier, likely impressed by the Vikings ruthlessness, hired Allen (and his entire staff) to take over the Bronco coaching gig. Oh yeah, you probably know old Ernest by his nickname: Pokey. Right now, Pokey’s probably pulling some crazy publicity stunts to fill the stands at the Cherubim vs Seraphim playoff game.

2) Although Portland State is a historically losing program (.473 win percentage), even they got to get in on the “bad beat” train and not as long ago as one might imagine. Often historical beatdowns are in the Cumberland Tech era where one team was full of oxen and the other inanimate bags of sawdust, but ‘twas only in 1980 when the Vikings pillaged Delaware State to the tune of 105-0. The Mouse Davis led squad went 8-3 but ran and shot on at least 3 hapless opponents that season, beating Delaware State by the aforementioned, dropping 93 on Cal Poly-Pomona and finishing the year off with a 75-0 win over Weber State. The early bird gets the worm but the Mouse Davis got that cheese. For more Mouse Davis facts, please subscribe to my bi-weekly Mouse Davis newsletter.

1) Portland State sports teams have been competing under the “Vikings” banner as long as most can remember (some elephants, slightly longer). They are personified by their mascot Victor E. Viking, a super original nickname that they only share with 2 other schools—Western Washington and Northern Kentucky. Portland State’s Victor is a little more grizzled and gray, like a Norse Kenny Rogers, and carries a foam battle axe and sometimes shield onto the field. Basically, he’s a middle-aged LARPer with a westernized Viking name—something that strikes fear into 9-to-5 IT guys that like to “cut loose” on the weekends. 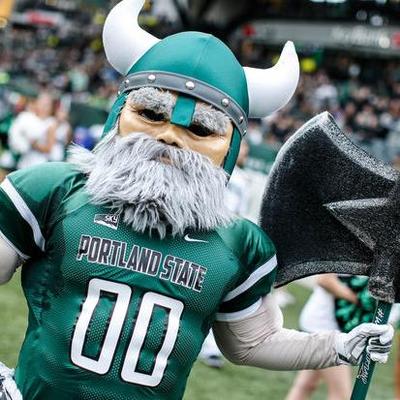 Victor, after pillaging a nerf village.