23 Days. Isn’t there a famous basketballer that used to wear 23? If only there was a way to verify. Anyway, this is another entrant that we are shoehorning in a place of need (Khyheem Waleed was profiled back in the 90s, Cole was doubled-up at 32). So here it is—Trevor Cole

By way of the ever popular walk-on. Mr. Cole was invited to join the team and—hopefully—earn a scholarship at some point. While at St. Josephs he helped get the squad to it’s first-ever playoff appearance in the CIF Central Section. Also helped the team win the Mountain League title in the first season as a member. 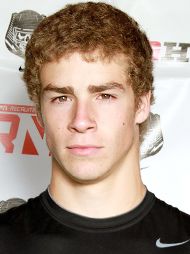 As a senior in high school he set a school single-season record for touchdown catches with 16.

As a freshman walk-on Cole will probably have limited opportunities to get on the field. With the receiving corp being as stacked as it is, it is pretty unlikely he will see the field as a receiver outside major injuries (please, no) or a horrendous blowout where the coaching staff is just trying to get bodies some experience (yes please!). Cole will probably serve more as a scout-team player, be pretty awesome, and then make his way to the field at some point. In the immediate future, he’s a possible special teams guy, and there ain’t nothin’ wrong with that.

Preliminary results aren’t positive. I couldn’t find an account for him, but he could just be under something else.

Trevor has ran afoul of environmentalists of late for being exclusively Cole-powered.