A little on the Noles: Florida State vs Boise State game preview

Share All sharing options for: A little on the Noles: Florida State vs Boise State game preview

Even though it took the assembled media nearly 12 minutes to ask Willie Taggart about the Broncos in his game week presser, he hyped them up as well as anyone...and Taggart better hope the Broncos are as good as he says and his Noles still get over on them because they don’t take too kindly to losing in Tallahassee and they experienced plenty of it in Willie’s first season at the helm. In a different timeline, the Broncos may have already faced Taggart, but he’d already left for more southern pastures when the Broncos played his Ducks in the 2017 Vegas Bowl (and won, IIRC).

Boise isn’t exactly nippy in the summer, but the humidity index usually hovers around zero. Not the case in the swampy south, where the Broncos will have to contend with the heat AND humidity inherent in the nation’s armpit. Thankfully, this isn’t the Broncos first rodeo. Last season they opened at Troy, which was just as humid but hotter than the expected 85° kickoff temps on Saturday, and they went to Louisiana a couple of seasons ago as well and dealt with similar conditions. So, while the heat is a bit of a factor, I’m told BOTH teams will have to play in it, so looking at that Doppler (totally legal in this state), I’d be more worried about potential rain and lightning than our guys melting into a puddle of goo.

It was an epic QB battle in fall camp, but those riding the #TeamHank bandwagon can now securely fasten their safety belts. After last weekend’s scrimmage, Coach Harsin announced (in a roundabout way) that they were going with the true frosh to kick off the season (and presumably for the rest of it too, knock on wood). What was lost was just how much history that little announcement made. The Broncos haven’t rolled with a true freshman QB in their opener since...well, ever. Tom Scott (of slant fame) was able to put the true freshman starters in a small grouping: Hazsen Choates, Tony Hilde, and Brett Rypien...but none of those frosh started the opener (much less against a college football blue blood), so Hank gets the coveted asterisk next to his name in the history books, win or lose. Should he win on Saturday, however...there will be overreactions. Prepare yourselves. 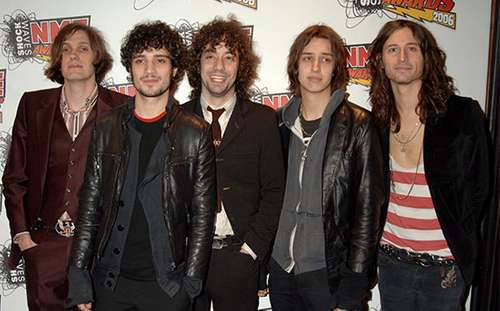 OL Jauan Williams for perfectly encapsulating the face we all make when they try to charge us $1.50 for an Arizona Iced Tea when it clearly states that it’s 99¢ ON THE CAN.

Now, the Broncos know exactly who they get to worry about on Saturday night...and it’s the lanky (6’ 5” 195 lbs) sophomore QB. Blackman was able to hold off Wisconsin transfer Alex Hornibrook (tee hee) to win the job and will try to build off a strong freshman campaign (in 2017). When true frosh Blackman took over for an injured Deondre Francois in 2017, he made 12 starts and threw for 2,230 yards and 19 TDs. The Noles took advantage of the new redshirt rule and shelved him after 4 appearances last season and now the STILL sophomore will get to ply his trade once again. Seize him!

No, I’m not talking about the new Cam Newton themed gated community Cam Acres. I’m talking about the stout junior running back for the Noles. Akers was a 5-star recruit coming out of Clinton High School (MS) and the country’s top running back recruit in the 2017 class. He hit the 1k rushing mark in his first season with the Seminoles and while he regressed a bit behind a weak O-line in 2018, he still led the team with 866 all-purpose yards and will definitely chew up acres (see what I did there?) of turf on his way to the end zone.

Marvin Wilson looks like an end boss on Double Dragon. This dude is huge (6’5” 311) and makes the most of that girth by plugging up holes and getting to the QB. Last season, Wilson recorded 42 tackles (4.5 for loss) and 3.5 sacks. He also registered four QB hurries, 2 pass break-ups and a forced fumble. Somehow, he STILL found time to win the Intercontinental Heavyweight wrestling belt at Hell in a Cell? Impressive.

Initially, Samuels wasn’t on my list, but then Bryan Harsin called him out by name at his game week presser (“great name”) and I did a little digging. Turns out, Hars has watched a bit more Florida State film than I and was right to single out the junior DB. At 6’ 2” he’s a big DB, and uses that length to get picks (six over the last two seasons). Last season in 11 starts, Samuels made 58 stops, 4 INTs, 4 PBUs, and a QB hurry. If he’s covering the wide receiver...whatever you do...don’t hurry.

Terry is going to be a hand full for the Boise State DB unit. He’s 6’4”, 205 lbs. and usually described as a “freak” (and I’m relatively sure they aren’t talking about him having an extra set of hands or no bones). Terry averaged 21 yards/reception last season and hauled in 8 TD passes. The best way to stop this guy one on one, is to not let Blackman throw the ball in the first place. Terry did have “minor” knee surgery before fall camp, so if he’s not 100% for this one I DEFINITELY think he should sit out. I’M JUST BEING CAUTIOUS.

In 38 games with the Noles, DE Brian Burns made 39 tackles for loss, 24 sacks, 7 forced fumbles, 7 pass break ups, and 3 blocked kicks. Thankfully, he’s now with the Carolina Panthers and probably won’t be playing on Saturday without some cloak and dagger shenanigans. Boise State also won’t have to contend with the legendary Red Lightning on Saturday either.

I have no idea what to predict from the Broncos or Noles this year...but LAST YEAR the Broncos were a better team than the Noles...so I’ll go with what I know. C’mon, Broncos...make me look like a genius.