We got a week, people. Look alive! Very good. Today’s countdown focuses on the guy that wears that same #7—Ezekiel Noa Noa was a late but huge addition to Boise State’s 2017 class as he jumped aboard the good ship Bronco on January 18th and stuck with the Broncos until the first week of February. A consensus 3-star recruit with four varsity letters at Helix High School (Jamar Taylor’s high school), Noa helped his team to a CIF San Diego Section Open Division title in 2015 and a runner-up finish last season (he suffered a season-ending injury in the semifinals). Noa was twice named the CIF San Diego Section Defensive Player of the Year and East County Defensive Player of the Year and made the All-East County AND All-San Diego County teams three years running. His last season with the Highlanders, Noa racked up 92 tackles, with 9.5 sacks and an INT. As a junior, Noa made 73 stops, 8 sacks and had two pick-sixes. Noa was a finalist for the PPR Silver Pigskin Player of the Year award in 2016. Noa chose the Broncos over offers from the hometown Aztecs, Colorado, Colorado State, Nevada, Washington State, and Wisconsin. Lucky for us. 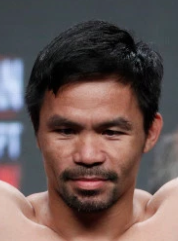 Still get a “Manny Pacquiao freed from weight-class bondage” vibe

I still have a major man crush on Noa...who’s built like a bowling ball—a very soft-spoken bowling ball. We finally got to see Noa last season after a rehab redshirt and he definitely looked the part of a guy that could have a big sophomore season. The linebacking unit as a whole took a giant leap backward a season ago with Leighton Vander Esch no longer in the mix and the loss of guys like Riley Whimpey and Tyson Maeva (who transferred) certainly didn’t help matters, but as the year wore on, Noa slowly came into his own and looks poised for a much bigger 2019.

Noa only had 3 starts last season, but made the most of his time with 36 tackles (4 for loss), half a sack, and a forced fumble. Those definitely aren’t gawdy numbers, but you could sort of tell when Noa flipped a switch last year and we now know he’ll carve out a much bigger piece of the defensive pie in 2019. I still maintain that Noa’s high school film is “teach tape” and if he can put everything together this year—likely at middle linebacker—he’s capable of an all-conference type season. The bottom line is Noa is still young, but should grow nicely with the rest of the young(ish) defense and become a stalwart over the next few years if all the joints and ligaments hold up.

He is (@zekenoa30), but as a mostly re-tweeter, I figured this video of some offseason stop sign stomping would be more interesting.

Zeke might be the only guy on the team that can give Sonatane Lui a run for the money as a singer. Here he is with the Noa Singers.