Just north of a week till we’re just south of Georgia. Today, let’s look at #8 on the Bronco roster—Kaiden Bennett As a surprise 2nd quarterback recruit for the 2019 class, (Bachmeier had already hopped aboard a few months prior), Bennett’s recruitment seemed to be a response to the Chase Cord injury, which spread the Bronco QB depth (especially for spring) dangerously thin. But I assure you...the pick up of Bennett was not just a “warm body” recruitment for the Broncos. This kid has some serious skills (and the stats to back it up). As a two-year starter at Folsom, Bennett racked up more than 8.500 passing yards and 2,000 rushing yards. As a senior, he completed nearly 75% of his passes and amassed just shy of 4,000 passing yards with 60(!) TDs and just 4 interceptions. He was named the SFL Offensive Most Valuable Player following his final prep campaign and left the school with a tidy 30-1 record as a starter. Shabby, that was not. Bennett, a 3-star recruit and the 29th rated dual-threat QB in the country (via 247sports), chose the Broncos over offers from Cincinnati, Connecticut, Howard, New Mexico, Sacramento State, San Diego State, Tulane, UC Davis, Utah, and UTEP.

Check out the arm. 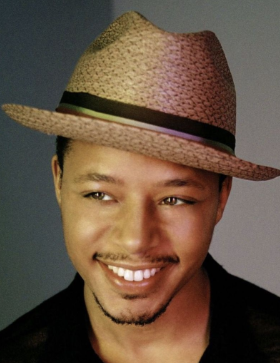 Bennett gave himself every opportunity to be a player in the great quarterback race of 2019. Like Bachmeier, he graduated early to participate in a Cord-less spring camp (Cord-less drills?) and from all accounts, did rather well for a fresh-faced newbie. At the spring scrimmage in particular, Bennett showed a decent command of the offense and the very important ability to find John Hightower on the field (for a TD, even). Still, when fall camp updates spill out, it seems that the now mostly-healed Chase Cord, Jaylon Henderson, and Hank Bachmeier appear to be getting the most air time and most think that the FSU starter is bound to be Cord or Bachmeier. This isn’t to say that Bennett can’t carve out a niche in the Bronco offense...he still can, and still has a redshirt readily available if the Broncos don’t want to go too deep into their bag of QB tricks this year.

In my opinion, we’re rather unlikely to have another Cozart/Rypien scenario this year, but could have some special packages to utilize the running prowess of one of the other QBs (they can ALL run), so if Bennett does manage to find his way onto the field this year, that’ll probably be how. All that said, I think Bennett is a very likely redshirt this year but it’s comforting to know we have players of his caliber on the sidelines and/or waiting in the wings.

On everything hands used to be sticky for the rest of the game https://t.co/YcWy15311p

Bennett was a highly-ranked dual-threat QB, but many don’t know he’s also a duel-threat QB if his honor is ever insulted.

Update of some importance:

Can confirm Boise State true freshmen Keegan Duncan and Kaiden Bennett are both in the NCAA Transfer Portal.