And here we are. Actual single digits. It is a beautiful thing. Today we are going to review a possible key starter for the Broncos as the season comes barreling toward us. With nine days left we have—Jaylon Henderson 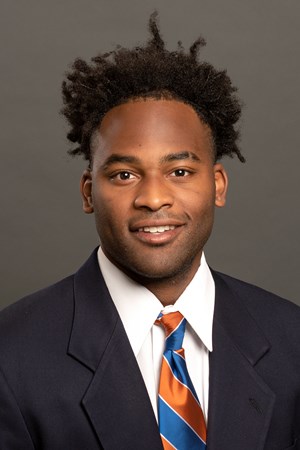 A bit of a circuitous route from an FBS school, juco, then to Boise State. But however the journey goes, it’s all good.

Out of high school Henderson had offers from E. Washington, McNeese St, Tennessee St, New Mexico, Texas State, and—you guessed it—UTSA. He signed with UTSA and the rest is history. Out of Trinity Valley, the Broncos were the only ones to offer him.

Michael did Henderson’s entry last year and I see no reason to change it.

In a Broncos jersey: appeared in three games including the #BEATEMDOWN against UCONN where he rushed for 30 yards, and ran for 25 yards against New Mexico. At Trinity Valley he was 100 for 187 passing and 1,081 passing yards.

The big focus of the offseason has been the QB race between the other two quarterbacks that are perceived to be in the lead. But don’t necessarily sleep on Henderson. He’s got experience on his side and he’s exactly the kind of QB the coaches have been recruiting towards (a dude who can pass, but can also make plays using his feet). As it stands, the Broncos have—at least—three guys that are very much capable of starting in [checks notes] nine days. But we all have our hunches and guess as to who that starter could be. And not a lot of folks are making the guess that Henderson does. If you were to force me to make a prediction, no, I wouldn’t say he starts. HOWEVER it wouldn’t surprise me. Henderson came here to play, though, and I fully expect him to get some reps in, regardless of QB1 status.

He does! But he doesn’t tweet a whole lot. Having said that, find someone that looks at you the way Jaylon Henderson looks at Brett Rypien.

Going to miss you bro pic.twitter.com/yfOHnWa1Zs

Henderson grew up playing Magic: The Gathering. Even going so far as to winning a bunch of national tournaments. However he was permanently banned from competition when he managed to defeat an opponent using a strange combination of The Royal Assassin’s destroy a tapped card ability and the Lord of the Pit’s need for a sacrifice. Really strange.