Alright, so we OFFICIALLY have 2 weeks until kickoff and as such, so unless a hurricane blows in I think this thing is happening, folks. Since the roster has TWO #21s, we shifted one of them to day 14, so sorry for the delay, Tyreque Jones Tyreque hails from the fertile recruiting grounds of Southern California—and only about 10 minutes from Alexander Mattison’s high school (San Bernardino HS). While he didn’t garner offers from the local schools, he garnered plenty. He passed on offers from BYU, Utah State, UNLV, Nevada and New Mexico to come play for the Broncos.

Long arm of the law. 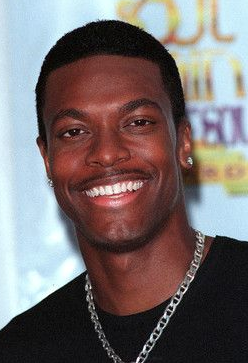 Appeared in all 13 games for the Broncos in 2018, with four starts. Named Boise State’s Defensive Scout Team Player of the Year after the 2017 season. At San Gorgonio, excelled on both sides of the ball. Team captain in 2016. First Team All-Sun selection on defense. Helped San Gorgonio win the CIF Southern Section Division 7 Championship in 2016. On offense, he had 31 carries for 209 yards with 2 TDs, and 52 receptions for 1,128 yards and another 16 TDs.

Last year I stated that Jones—despite all his talents—was unlikely to take a starting gig away from DeAndre Pierce. Well, technically he didn’t take it...but the spot became his nonetheless after Pierce’s freaky spleen injury at Wyoming (a striking reminder to never visit Wyoming). Getting tossed from frying pan to fire is never an easy thing, and Jones had a few growing pains in the starting lineup, but in the end, performed well enough to help the Broncos back to another title game behind 33 tackles, 2 pass break-ups, and a forced fumble.

A healthier (and bulkier) Pierce is set to repossess his former spot (and hopefully his former level of play) this year, so what becomes of the versatile Jones? Well, that depends on where he lines up. Currently, Jones is listed at nickel, so that would mean he’d be splitting time with Kekaula Kaniho rather than Pierce and/or Nawahine. This might be to his (and our) benefit as he’s unlikely to see as much time at safety as long as our regular starters stay healthy and since we’re down one Desmond Williams from a season ago, his newfound experience could really help. I’d expect Kaniho to get the bulk of the defensive snaps, but Jones should see time in every game this year, I’d think and his length and athleticism should be key in shutting down passing lanes. Call him ACHD.

Yes, and he enjoyed beating BYU as much as the rest of us.

Tyreque is heir to the vast Jone Soda fortune, but it’s mostly just bottles and amateur black and white photography.