Seven times 3 is...yep...3 weeks until kickoff. Today, let’s kick off day 21 by checking out the player sporting that number on his jersey—Andrew Van Buren By being one of the best incoming running backs to land at Boise State.

Mr. Van Buren was the second of two RBs that committed with hours of each other last August. Zidane Thomas did commit first, but then decided he wanted to do something else (be an Aztec...gross). Van Buren stuck out his commitment and signed in December.

Van Buren was a three-star running back for ESPN and Rivals. 247Sports had bumped him up to four stars. He was the 38th-best running back nationally and California’s 77th-best player overall.

As a senior he ran for 1,259 yards in 11 games and had 21 touchdowns. He was also the Mission League Offensive MVP as a senior. 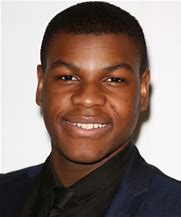 To be the man you have to beat the man...but sometimes the man just graduates and then poof you’re the man. This may be the case for Mr. Van Buren as his primary competition (and would-be returning starter) Alexander Mattison opted to take bags of money and NFL fame over one last season on The Blue (and we enthusiastically endorse that decision). But now that Mattison is gone, will AVB be THE man or will the Bronco stable re-emerge? That’s the million dollar question, so who wants to be a millionaire (vigorously raises hand)? It’s not ideal to have to replace a back of Mattison’s talent, but then again, it wasn’t ideal to replace Jeremy McNichols, Jay Ajayi, DJ Harper, Doug Martin, Jeramy Avery, Ian Johnson...the Broncos just find a way to keep churning out productive backs and 1,000 yard rushers and I have no doubt that AVB can be the next in line IF he gets the requisite touches.

Consider this: the Broncos have THREE backs on the roster that were awarded a 4-star rating by 247sports (Van Buren, Holani, and Keegan Duncan). That means, the RB stable could have more talent than ever, top to bottom which is a scary proposition for opponents. Holani has thus far “shown out” in fall camp and I think we all know the kind of power that Van Buren posesses...and combine that with the improved ability of Robert Mahone and a hopefully healthy Danny Smith and hoo-boy...the Broncos might just line up and run, run, run. Van Buren has the skill and size to be a feature back in this offense, but after seeing the wear and tear on Bronco feature backs the last few seasons, I see no reason not to go back to a committee approach. The only thing better than a 1,000 yard back is TWO 1,000 yard backs.

He is...and thankfully he’s gotten much bigger since this chestnut

As an actual Van Buren, Andrew is automatically granted membership in the Van Buren Boyz and doesn’t even have to flash the secret sign or anything...