It’s our Dirty Thirty. And what other way should we end it than profiling a guy that could have this number (again, we are going off the official roster and he’s not even listed as of this writing). A terrifying bruiser that left a swath of destruction in high school. 30 days until kickoff—Keegan Duncan 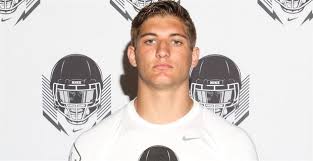 Remember that swath of destruction I talked about earlier? Boy howdy did he ever do that. He was a menace for opposing teams/defenses. I mean, jeeez, just watch his highlight reel for crying out loud. Mr. Duncan was a three-star running back in the 247Sports composite while 247Sports, specifically, had him rated as a four-star. He was the top-rated recruit in the state of Idaho last year and he—thankfully—chose the Broncos. It’s great to keep top Idaho talent in the state and especially in Boise. He was on Stanford’s radar, but no offer. BYU, Utah, and Utah State did throw their hats in the Duncan pot (for FBS offers). He had Idaho, Idaho State, Montana, and Montana State for FCS.

Just give him the ball, and he’s going at least 50. 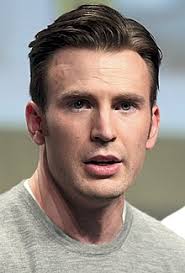 He did... a lot... during his high school career. And got a lot of rewards. So I’m only going to mention his senior stuff. He did win All-Idaho 2A Player of the Year back-to-back. He also won two state championships, again back-to-back. His senior year he rushed for 2,041 yards, 3,620 all-purpose yards and netted 51 total touchdowns. Dude was just wrecking fools.

Watching his highlight real is exciting. The Declo game plan was basically give Duncan the ball and let him go. Which they did. And they succeeded immensely. The other teams knew what they were going to do, but couldn’t stop it. But that is on the high school level. College should provide a little more parity in the talent level. Duncan has all the makings of being really successful at Boise State. But he’s going to have to wait his turn. Because there is a lot of other talented backs on the roster. I wouldn’t count on Duncan playing—at all—his freshman year unless something unforeseen were to happen to those individuals in front of him. Note: Duncan would probably start for the bottom half of the MWC. And possibly 3⁄4 of the FCS teams. Give him a year to develop a little more, and to learn, and he’s going to continue that ‘just wrecking fools’ thing in his college years.