We’re 6 weeks from our tussle with the Seminoles, so today we’ll look at a numberless frosh-to-be—Allamar Alexander 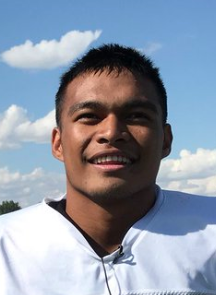 Probably plans on just coming down I-84...just not during rush hour. The local (Nampa) product put up silly numbers at running back for the much-improved Columbia Wildcats and then at the last minute spurned a preferred walk-on invitation to Washington State to become a Bronco. How silly were Alexander’s numbers last season? Oh, he rushed the ball 300 times for 2,114 yards and 33 TDs (a tidy 7 YPC average). As if that didn’t make him enough of a BMOC, Alexander won a state wrestling title as a senior as well. The kid’s got moxie. 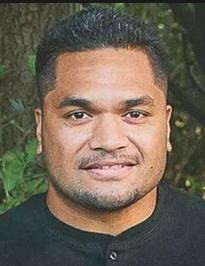 Selected to the All-State 4A First Team after a phenomenal senior season. Won state wrestling title as a senior. 5th place state finisher as a junior.

Alexander Mattison is a Viking now, so the outlook for the Boise State running game is unclear. One thing is clear, however....we got some dudes. Short on experience but big on talent—running back is one of those question marks that isn’t all that worrisome. Most think that Andrew Van Buren will be taking a much larger role, but there are a lot of other guys to make it a committee. Allamar is one of ‘em. Though the competition level wasn’t terribly similar, Alexander’s tape reminds me a lot of George Holani’s—and seeing as Holani is one of the true frosh I’m most excited to see on The Blue, that should be a very good thing. Remember, Mr. Mattison wasn’t just a great football player in high school, he was a top-level wrestler too...again, just like Mr. Alexander. So while Allamar will have a bit more work to do to do to get noticed over the 4-star types, he seems to have the pedigree to do just fine if he keeps his nose to the grindstone. He’s a durable back with all the motivation in the world. Those types of guys are the bread and butter of this Boise State team.

Jared Zabransky once famously claimed he could throw a potato 80 yards, well potatoes are more of an eastern Idaho thing so Alexander had to accomplish the same feat with Nampa’s pride and joy, the sugar beet.