Palindrome day, amiright?! Today’s entrant is only a junior but, goodness, doesn’t it seem like he’s been around for forever?—Riley Whimpey 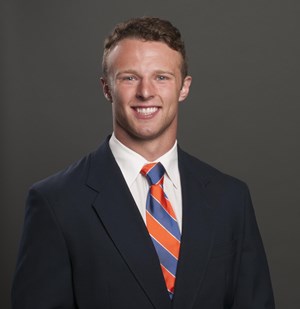 There is only so many ways to say “he’s good at football” so I am going to truncate it a little bit.

Whimpey signed in 2015 but then went on a mission for The Church of Jesus Christ of Latter-day Saints (I looked up how they preferred to be referenced and am respecting that). Both he, and the Broncos, stayed true to their words and met up again when he came back.

Whimpey was a three-star recruit per Scout.com and was rated the #15 in all of California and #24 in the West Region at OLB. As a senior, Whimpey earned CIF Southern Section Southwest Division Co-Defensive Player of the Year honors and was the Sun View League POTY as well. Riley was named to the All-Orange County First Team in his final season after setting the San Clemente record with 172 tackles.

(Chicken Soup for the Soul guy.) 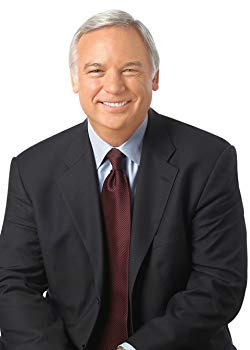 He was an Academic All-MWC in 2017. And then he’s had a bunch of tackles. Last year, you may recall, Mr. Whimpey was the team’s leading tackler before he got injured in the BYU game. Dude is a tackling machine.

If I may be so blunt, last year sucked as far as injuries were concerned. And losing the leading tackler (at the time) so late in the season (November against BYU) was... not ideal. Not only for because he was out during crucial games, his development for this year is going to take a shift. If he is practicing, he will be limited, with very good reason. And if he’s not—well—hopefully the rehab is coming along somewhat nicely. It’s hard to tell with injuries like this how guys will react and bounce back. I assume he is going to be good to go at sometime during the season, but in August? Less than a year after a torn ACL? Who knows. The Broncos will need his maturity and leadership considering the offense may take a few lumps until they get things worked out. Which means the defense may get called upon to pull the team out of some jams. Whimpey’s return will be a big piece to success next year, so let’s cross our fingers.

Indeed. But he’s set to private, @rdwhimpey. So you will have to ask his permission if you want to follow him.

Whimpey is a baseballer in his spare time. It’s said that, normally, the average lifespan of a baseball is 7 pitches the way Whimpey crushes them they can only last one.