That makes two Timberline grads in a row as Herberg and Pitman both went to school just up the road...and both walked on, meaning they saved a lot of gas money. Herberg redshirted last season after a stellar senior year at Timberline that saw him named to the Idaho 5A First Team Defense and to the All-SIC Conference First Team. Herberg landed that honor by racking up 105 tackles (15 for loss), and 5 INTs. As a junior, Herberg was an all-conference honorable mention. 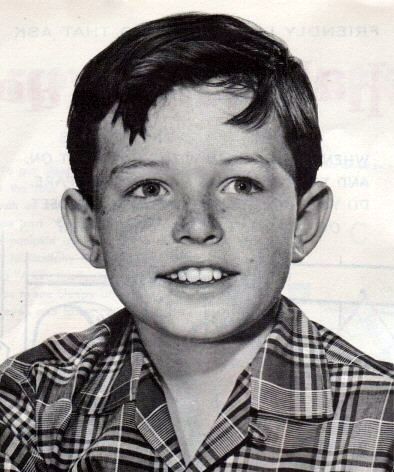 Herberg wasn’t super well-known when he announced he’d be taking his talents to Boise State as a preferred walk-on...but like other local walk-ons before him, he’s already started to make a name for himself. Herberg may not be big for a STUD (in fact, yesterday’s honoree—a long snapper—has 7 lbs on him), but he has a decent frame and uses it to great effect. Like other walk-ons-turned-stars, Herberg took advantage of injuries during spring camp to land more reps and when the spring game rolled around, he was ready for action. Spring games are usually somewhat boring affairs, to be honest, but Herberg was one defender that really showed up and showed out at the annual event, logging 3 tackles, a sack, a QB hurry, and two pass break-ups.

Like we’ve said before...scrimmage or no, those are good stats and if you can do that in practice against a team as talented and deep as Boise State, you can do it on the field. For that reason, Herberg is a popular pick to be placed on scholarship and help fill out the Broncos DE/STUD rotation this year...a year where developing depth will be important with the departures of Jabril Frazier and Durrant Miles, the injury to Sam Whitney, and the likely swan song of Curtis Weaver. Herberg might want to fill that frame out a bit, but that should be nothing Pitman can’t handle. He may not be the next Leighton Vander Esch (or maybe he will be...no harm in dreaming), but he could at least be a Ryan Winterswyk or Beau Martin and that would be good enough for me.

He is...and I’m hoping his haircut wasn’t done by Delilah.

Home is where the Heart is. #BleedBlue pic.twitter.com/nuHwcaBzMZ

Timberline High is just a short walk from Dairy Queen (this is fact) and Herberg made “noon Blizzards” a vital part of his high school training regimen.