And just like that we are most nearly out of the 50s. Today’s entrant does one thing and I can only assume he does it well because I couldn’t pick this dude out of a lineup. Today we are going to review—Daniel Cantrell 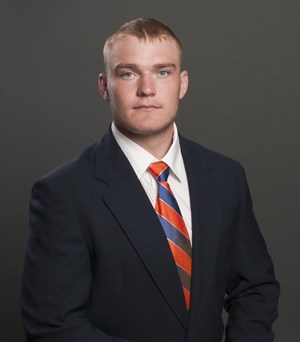 He came to the Broncos as a preferred walk on from Bishop Kelly. He did well for himself in the high school ranks as a linebacker where he picked up the Southern Idaho Conference player of the year. He also made the All-SIC second team as an offensive lineman. That’s cool too.

Fearless Leader, Drew, came up with it. So here we are. 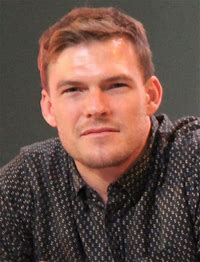 A lot of people make this connection with LVE as well.

Outside of his high school stuff, kind of sounds like he’s had himself a pretty decent career at Boise State (so far). Want to know why? Welp, keep going.

Why? Well I’m glad you asked!

It appears as though he’s made a position change. Last year at this time, he was tagged as a Tight End and ended up doing the long-snapping duties for the Broncos. While the Broncos had some... unpleasantness... on special teams, it wasn’t due to the snapping. And guess who handled the long-snapping duties last year for all 13 games? Our friend Daniel Cantrell. And, I reiterate, we didn’t know who he was.

So, going into this year, I expect more of the same: nothing. As in, we don’t get to hear much more of Cantrell and that means he’s doing his job and doing it well.

Given his current team affiliation he was going to legally change his name to “Blue” Cantrell. But it was going to cause some... confusion.