My Dearest Emma,
We are now on day 5 of tight ends and I fear we may never see wide receivers again. Look after the farm if I fail to return and when the boys are old enough, tell them I fought valiantly.
Yours,
Cpl. Buster Obnugford Ramseyer came to The Blue from the great white north...well, it’s white-er, anyway...at least in the Idaho winters. Ramseyer was a 3-star recruit and the 3rd ranked prospect in the state of Idaho in the 2017 recruiting class. Ramseyer was named first-team 5A All-Idaho and first-team 5A All-Inland Empire after a stellar senior campaign that saw him snag 43 passes for 602 yards and 5 TDs. His efforts (along with contributions on the defensive side of the ball) helped lead CDA to the 5A State title game. Cole also fielded scholarship offers from Air Force, Idaho (snicker), Idaho State, and Montana...but chose correctly. 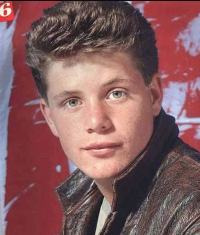 Ramseyer leaves his redshirt season behind, but steps into an awfully crowded field this season as 7 Bronco tight ends (or as I call them “thicc wideouts”) will vie for passes from TBD QB. Since we’re nearly through the tight ends on the countdown (you’ll have to wait a bit for Pistone), here’s the rundown of talent: Collingham (Sr.), Pistone (Sr.), Ramseyer (RS Fr.), Bates (Jr.), DeLuna (RS Fr.), Tyneil Hopper (RS Fr.), and Austin Griffin (Jr.). The only guys we’ve actually seen in real bonafide game-action are Collingham, Pistone, and Bates...so for the sake of argument, we’ll say those guys are our top 3.

Obviously, camp changes things and Ramseyer, Hopper, Griffin or the like can jump up and take the proverbial bull by the horns, but since fall camp is still a couple of months away, we’ll just assume the pecking order is the aforementioned. So, who of the “noobs” has the best chance to wedge their way into the conversation? Well, despite Griffin’s prodigious size...I think Ramseyer and Hopper have rather high ceilings (even high enough so Griffin won’t have to stoop). Hopper got most of the coachspeak love in the spring, but Ramseyer just seems to fit that “Bronco TE” mold and I wouldn’t be surprised if he starts making a name for himself in 2019. In 2020, with Collingham and Pistone’s departure, the name may start becoming bigger and bigger, eventually forcing Dale Holste to need to get him a bigger jersey...or at least hyphenate his name on the reverse.

Ramseyer’s surname literally means “Sayer of ‘Ram’” and originated in the 14th century when his Austrian ancestor Jakob would wander around his village muttering the words “ram, ram, ram” over and over again. It was thought this Hodor-like character either really appreciated rams, or had been kicked in the head by one.